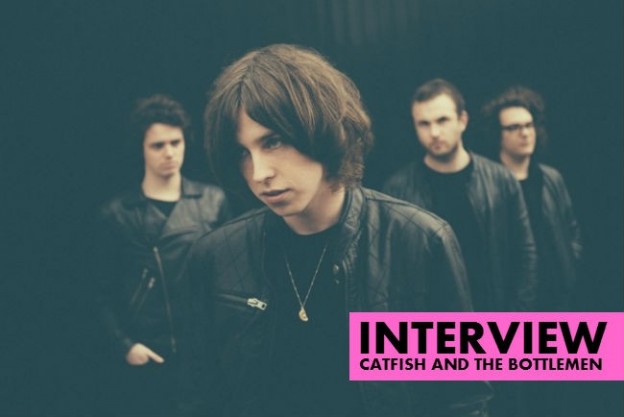 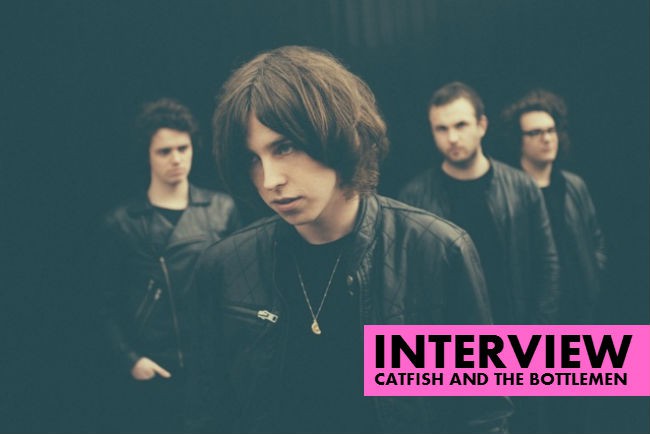 Hi there Van, so you’ve recently rounded off a UK tour, how did that go?

Helloooo, it was incredible! The best few months of our lives for sure. We went back to venues we’ve played in to about 3 people and there was 300 there this time, it just felt so good.

There’s been a lot of talk about you guys over the last few months, did you notice that on the road?

It’s a weird one really cause we don’t feel like anything is changing, or getting bigger or anything like that because we’re inside of it all. A lot more people are coming to the shows now and singing the words back to us and stuff so I guess that’s the only way we notice it! Feels good though!

The next single ‘Pacifier’ is released on the 9th December, how would you describe the track?

I wanted to come up with a really positive, upbeat kind of surf song and blend it with some really negative lyrics to upset it a little. The words are about how me and my friend used to fight all the time about her always getting upset by people dying whereas I just accept it and move on rapidly. I know that probably sounds so depressing reading that but the sound of the music bails it out and makes it feel like a naked driving song.

It seems you’re taking all the right steps, is there an album in the pipeline?

THANKS MATE! Yes there is, all the songs have been finished for a while now it’s just a case of getting in to a studio now and working really hard on it to get it sounding like us. I normally hate being trapped in the studio but at the minute I’ve never been so excited to get in there.

What are the main things that inspire your lyrics and creative process?

I really try to be as brutally honest as possible, like if you’re going to sing about falling in love do it in a runny nose kind of way? do you know what I mean? Like when you kiss a girl it’s never perfect, you normally accidentally head-butt or something. So I just write about stuff that’s happened to either me or one of the other lads and try to tell it in a way that stays quintessentially true to how people my age act. I like it feeling like you could send our lyrics in a text and it wouldn’t seem outta place.

So do you have a personal favourite track of yours at the moment?

We’ve got a song called “Alabaster” which hopefully makes the album! The chorus just feels amazing, I feel like it’s the best chorus i’ve ever written but when I normally like a song it’s normally the worst one for everyone else haha.

What are your main hopes for 2014 anything you’d like to achieve in particular?

I’m always just focused on the next step and at time of press it’s this album. I just really want to make a brutally honest album and work really really hard to make sure it’s EXACTLY us and it’s what we want. I want to look back on it and go, yeah, that’s the best thing we could’ve possibly made and be really proud of it.

Who came up with the idea for the imagery featuring an ambiguous looking tadpole creature?

Haha, I don’t remember how it came about (so to speak) I just remember sending a lot of emails about sperm to french artists and stuff. Basically, we wanted our first single artwork to represent the start of something and I was a test-tube baby so I thought it was fitting. We also liked the idea of people t-shirts with sperm on their chests haha.

Any New Year resolutions then?

To karate kick a camel and then rocket launcher it AHAHA.

Yeah! Sounds great, so what’s been your weirdest experience in Catfish so far?

WE NEARLY DIED LAST WEEK! We were on the way to Maida Vale to do a session and this lorry came flying across the central reservations from the other side of the road and smashed straight through and absolutely demolished a car that was over taking us on the hard shoulder, the car span off in front of our van and we literally missed it by inches! I was asleep in the back so I woke up and everyone was white and shaking and I just burst out laughing. Everyone had a bit of a go at me but it was so funny cause everyone was like SHIT, We literally nearly just died and I was asleep and didn’t notice a thing.

Blimey! So to finish up, you’re currently…
Listening to – Leif Vollebekk
Reading – Mike Skinners book ‘The Streets’
Looking forward to – Making this album with the band and karate kicking that Camel I told you about!

Thanks Van, that’s ace. We’ll look forward to that album!