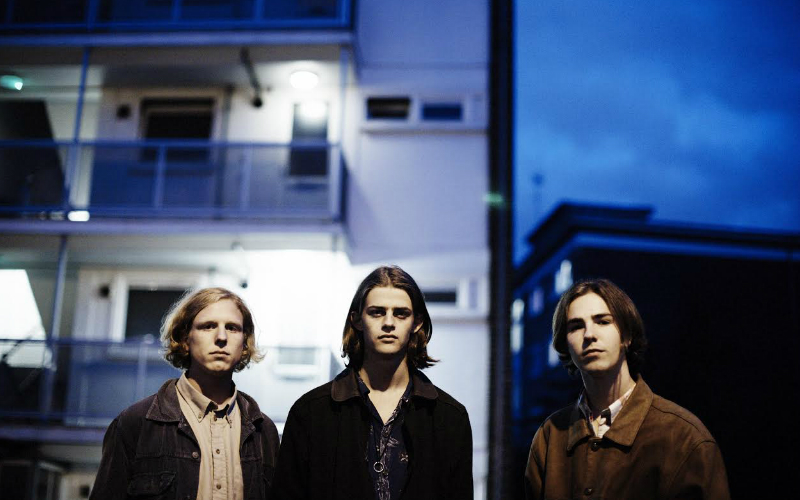 Blaenavon are about to become very, very busy with a supporting slot for Sundara Karma, a headline tour of their own and the release of their debut album That’s Your Lot all happening over the next three months. We grabbed Harris McMillan to hear how the trio made it to this point.

I’m in the countryside. Today I woke up and stuck my head out a skylight. I haven’t got much further than that but spring is in the air. Ben is in the capital, I have no idea where Frank is, probably in space with his synthesisers. We’re enjoying the calm before we hit the road.

The video for ‘Orthodox Man’ was shot in NYC, are there any wild moments from the trip that didn’t make the cut?

The video is a wonderful memento and we did get most of the best bits. It did miss out the Halloween day parade that we found ourselves lost in after we were wined and dined by our new family Canvasback. Also we watched School of Rock in our room over four nights because we kept falling asleep, so that was quite wild.

The album That’s Your Lot is the culmination of five years worth of work. How does it feel to finally have it coming out?

It’s mainly exciting but there is a small level of apprehension. I suppose it’s just nerve racking to consider that this is our pop and it might go under the radar. We’ll continue to tell everyone it’s great though.