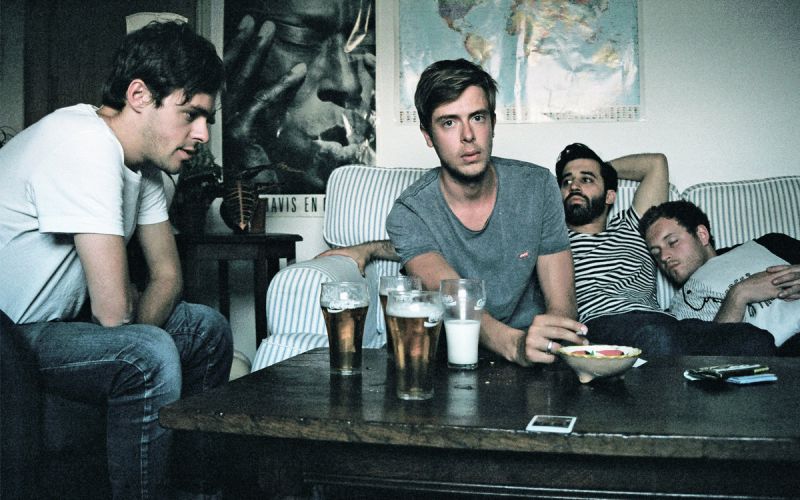 London-based Beach Baby have been one of the bands to watch over the past year. Their blend of pop-hooks and classic indie-rock guitar vibes is a winning combination. They’ve just released their debut album, and we were pretty excited to chat to them about what they’ve been up to since.

Where are you at the moment and what have you been up to today?

We’re in the van on the way to New York from Philadelphia with the Beaty Heart lads, who we’re on tour with. Shep has been doing his impression of Bill Clinton – which is quite good.

Your debut album came out just a few weeks ago, tell us a bit about the key inspirations behind it?

It’s a collection of our favourite songs from about three years of writing behind closed doors.. Songs like Ladybird, Bug Eyed and Blonde and U R are all early ones, whilst most of the others came about in the past year and a half or so. The song No Mind No Money was a real turning point for us – and it became a bit of a blue print for us. Chorusy new-wave-ish guitars, a driving, post-punk rhythm section, dual lead vocals and uplifting melodies which belie slightly murkier lyrical territory.

Where would be your dream place to play a gig?

We feel pretty fortunate to have already played quite a few dream venues! Doing our headline show in the Scala in London was a big deal for us. It’d be great to do our own show at shepherds Bush empire in London too at some point – that’s a big one. And Madison Square Gardens, yeah?

What are you plans for the future?

We’ve got a few US dates left in NYC, then we’re touring the UK and Europe. There’ll probably be some more touring after that, and then we’ll get on demoing new songs for the next record. We’re building a nice stockpile of new tunes…

What have you been listening to over the past few weeks?

I’ve been mostly listening to the new Angel Olsen and Nick Cave albums. And Brian Eno – good for a bit of shut eye in the van.. And of course the Beaty Heart legends. Got some good tunes on them those lads. Ollie’s been big time digging The Flamin Groovies.