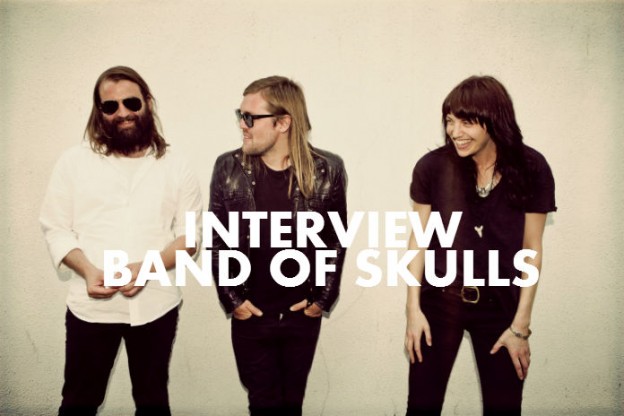 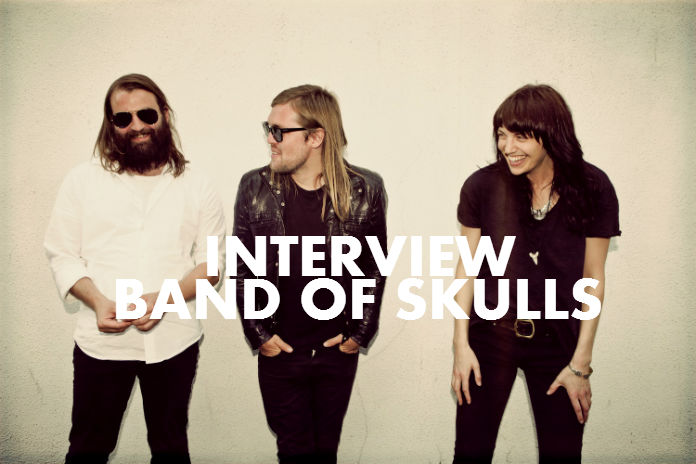 How has the year kicked off for you so far?

It’s been pretty hectic and we’ve just comeback from the States where we played South By Southwest. That was so much fun, it’s so full-on. It’s everything that you imagine it to be. Even the trip to get there was crazy. If you can picture what it’s like getting on one direct flight from London straight to Austin and having the whole plane packed with bands…You could say the entire bar was run dry within half an hour! So that was great and when we got to Los Angeles we did a gig there too. We were there throughout the whole earthquake thing that happened. We also went to New York and now we’re doing the UK tour. It’s going really well and it’s always that nervous energy which you get before a tour starts all over again. Once you get the first show up and running, though, it all just rolls on nicely from there. I’m feeling great, we’re having a good time, and it’s exciting to be back in London.

One of the first London gigs you did was a unique performance with a string quartet, what was that like?

That was about a month ago, it was really good. We were laughing about it because we were saying we’ve never really played with other musicians outside the band before, so we were quite apprehensive about the whole idea of having a string quartet. It was such a great experience though, it was really wonderful, and the quartet was brilliant. It somewhat changes your songs. There was something really magical about having those beautiful parts put into our songs.

You’ve just released a brand new single ‘Nightmares’, can you tell us more about it?

We don’t really have any rules when it comes to songwriting, we don’t care too much about different styles and directions, we just get into a room and see what comes naturally to us. I would say ‘Nightmares’ is a pretty unique song on the album. It’s not the same as the rest of the record but everything that comes out of our heads is pretty diverse. If you have to pick something to be a single then you’d pick something that you’re pretty proud of, I guess. It was tough, therefore, because we are so proud of the record in its entirety. It didn’t really matter to us which song we picked as a single because it could have been any of them and we would have been equally as happy.

What’s the story behind the new album ‘Himalayan’?

One of the biggest differences with this album has been working and recording in London, right in the middle of the city, which is something we’d never done before. Every time we make a record we lock ourselves away somewhere in the countryside or somewhere isolated and work that way. This time we were in the middle of the city and there is a certain energy that comes with that. You can step away from the studio and go home after you’ve finished for the day and you have the chance to view the music more objectively by stepping back from it and then looking at it again with fresh eyes. I’d be leaving the studio and getting on the tube and I’d be listening back to what we’ve just done, so I was able to take myself out of that situation and it really helped the sound of the record.

Tell us about working with producer Nick Launay…

He brought a whole new take on things for us. He was wonderful to work with and that was a big influence on the album also. We are used to having a very small gang and we don’t really let many people into our little inner-circle very often, so it was definitely a new experience working with Nick. He mixed our second record so we were at least acquainted with him before but nothing like this. He seemed to understand what our band was about, which is really key to making it all work. It felt okay to let him in and once he was there with us, we just got on like a house on fire. It was great! The producer does become almost a new extra member of the band over that period of time when you’re writing and we were just very fortunate that he was an absolute pleasure to be around.

‘Himalayan’ is your third album, how much do you feel you’ve changed since your debut?

We were talking about this the other day. This new record is kind of a combination of the first two albums. With every record, your world changes. On your first record you start travelling the world for the first time and it’s all very exciting and fun and new and stuff, then I think the second record sort of puts more pressure on you to see if you can sustain that. You figure out whether you’re a one-off kind of band or if there is more to you. It’s not a bad thing, it’s just like a test. With this record we’re coming from a very good place where everyone is still enjoying playing music together and playing shows and it’s nice to look back on the old records and remember the feeling you had at that time and to come out the other end with an album like this makes you feel very proud.

Touring seems to be a priority for you guys, why is that?

Since we put our first record out, everything has changed dramatically in the music industry and the way that people get a hold of new music now. You don’t even have to pay for it anymore so it’s different. You have to find new ways of promoting yourself and finding ways to make another record. It’s not the 1970s anymore where there is so much money in the music industry and you have the luxury of spending lots of cash on a great recording. We’re mostly a live band anyway and we get a kick out of touring. The world is a great place, it’s a big place and to go around and get to explore it through music is amazing.

You’ve played alongside some huge bands in your time, from Muse to Queens Of The Stone Age, is every tour a learning experience?

Maybe not consciously but everything you go through rubs off on you, doesn’t it? When you get to see someone that big on stage and in that stage of their career, you’re hoping to get there yourself at some point and you see how they go about doing things. I guess you take on board all those little and big things, so it’s interesting for us when we’re supporting other people. It also allows you to experience way bigger venues than you’d normally get to play, so you learn how to handle those big places and how to translate your smaller show on a bigger scale. You learn how to make your own show much grander and bigger. So we have been very fortunate with the support slots that we’ve had. It’s been wonderful, we’re very grateful.

How is the rest of your year looking?

It doesn’t stop for us this year, really. Once the UK and European tour start, every other day is going to be laundry day and everything in between is shows. We’re off to the States in about a month or so, then Australia, then back to do the festival circuit. We just did a show in LA and New York and that sold out, the crowds were really great. We actually started off in the beginning touring the United States before anywhere else because it’s such a vast place and it takes time to get around so we gave ourselves a head start over there, then came back and did the same here. We did it the backwards way around. The States are great, they’re always fun and we’ve noticed the venues keep getting bigger and bigger, so that’s a very good sign.

Check out our review from Band of Skulls performance at Shepherds Bush Empire in March here and you can pick up their new album Himalayan here.