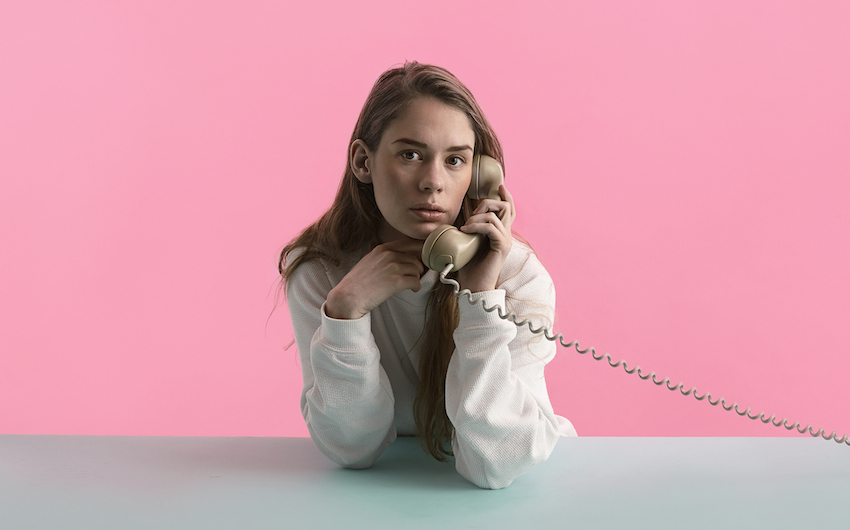 Anna Lotterud and Brady Daniell-Smith, make up scandi-pop duo Anna Of The North. With lots of synth-heavy, dream-pop tracks under their belt Anna Of The North are set for big year, so we had a quick chat with Brady about their inspiration and new years resolutions…

It´s 3:24 pm and I’m sitting at a cafe with my laptop watching Nick Batt show me around NAMM 2017 show! In case you haven’t heard of it, NAMM is basically Christmas in January for synth nerds. All the new synthesisers come out this week! Anna doesn’t like it when I start talking about synths. I’ve already said to much. Next.

What is is about Oslo that inspired you so much to write a song dedicated to it, especially as you haven’t even been there before?

Well I’m not sure it’s necessarily just dedicated to the city itself. Don’t get me wrong Oslo is absolutely stunning and there was certainly something that excited me about starting a new life there. I think it’s probably that same feeling of excitement any Antipodean from a small country town feels about moving to the other side of the world that moved me to write it in the first place, but it depends how you listen to it and where you’re at when you’re listening to it. It could possibly be about other things too. ‘Wellington’ doesn’t quite have the same ring to it.

With the idea of starting fresh running through the track, it’s perfect for this time of year. What are your resolutions/goals for the year?

I’m planning on getting in shape for the first few weeks of Jan and Feb then giving it all up around March. I think we are recording in London around then and, well, let’s just say Pints, Pasties and British banter will be my new years reso. Do people say Reso in the UK? They should. REZZZOOO! Get amongst it.

What form do you take inspiration from in your writing and how do you think that will develop from last year to this?

Anna is extremely perceptive and see’s the world through an entirely different coloured lens than I do, which I find incredibly intriguing, for example, one day I was at Anna’s home in Gjøvik. I walked out into the Garden and there was Anna. She looked incredibly upset about something. I walked up to her I to see what was wrong and as I approached she turned to me and opened her hands to reveal a tiny little bumble bee.. “All the bee’s are dying” she sobbed. She was trying to save this little bee’s life and was genuinely upset about it. All I’d been worrying about that morning was how to break the ice with Norwegian’s on Tinder. Put things in perspective a bit. She never stops surprising me and I think that’s part of why we will never be short of interesting moments to write about.