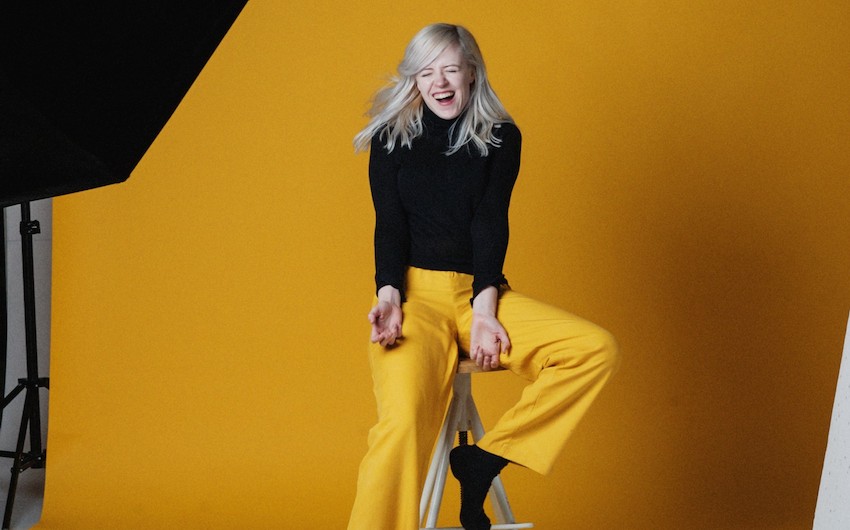 Amber Arcades is the brainchild of Dutch-born musician Annelotte De Graaf. Ahead of the release of her five track EP, ‘Cannonball’ and tour with Grandaddy, we had a quick chat with the lady herself…

Where are you and what have you been up to/doing today?

I’ve been preparing for tour! I’m leaving tomorrow so I’ve just been at home packing my bag, doing some admin, cooking and eating all the perishable veggies in my fridge so they don’t go bad while I’m away… I can’t really do anything else than these practical things, I’m always very restless the day before a tour.

You’ve said that you didn’t want to wait for more songs to turn this EP into a full length, why do these tracks work better as an EP?

I feel like they are all kind of oddball songs. I love of every one of them but I don’t write a lot of songs like these. Maybe it’s something that’s just in my own head but for me they feel very different than what I’ve done before and maybe also very different from what I want to do with the next full-length. I want to start with a clean slate for my record and be free to approach it in a whole different way again.

Why did you decide to cover Nick Drake’s ‘Which Will’ on this EP?

We’ve been playing it live already since June last year, when we played Lunar Festival which is held on the outskirts of a town where Nick Drake lived. I’d been walking around with this idea for a “train beat” song, and I wanted to try to build the cover around that. Playing this festival seemed like the right occasion try it out. People seemed to dig it a lot and we loved playing it so we just kept on playing it at shows. And then when we had some days off and recorded the EP we decided to have a shot at recording it.

You’re about to go on tour with Grandaddy, how did you land that support slot?

I was looking at the website of the Ancient Belgique which is a great venue in Brussels, because I wanted to play more shows in Belgium and was checking out whether any cool bands were playing the coming months that I could maybe support. I saw that Grandaddy were doing a show and, not realising it was a full tour, e-mailed their manager. They already had a support worked out from their label but a week later their planned support cancelled and we got the gigs. Pretty psyched about it!