Ever wondered what it takes to be a stylist at LFW? We had a little chat with Rebekah Roy, one of the world’s most sought after stylists. She’s worked for Vogue, styled Kate Moss and works on fashion week shows in London and Paris, so who better to ask about what goes on behind the scenes…

What prep do you do ahead of LFW?

I don’t really do any personal planning before LFW. I never plan outfits in advance – I wish I was one of those people who planned all their looks but I can’t usually think of anything until the show I’m styling in done. The last couple of seasons the week before LFW I’ve started ordering fresh fruit and veggies so I can start the day with a fresh juice everyday.

My busy week is the week before LFW. This season I’m styling The Ones To Watch – it’s Fashion Scout’s showcase of emerging designers. It’s a lot of planning and organising working with four designers on a group show and this season all the designers are in different countries so we’re connecting on Skype and sending lots of emails. Then we have casting and hair and makeup tests. It’s a different way of working then just meeting face-to-face and going to a designers’ studio. 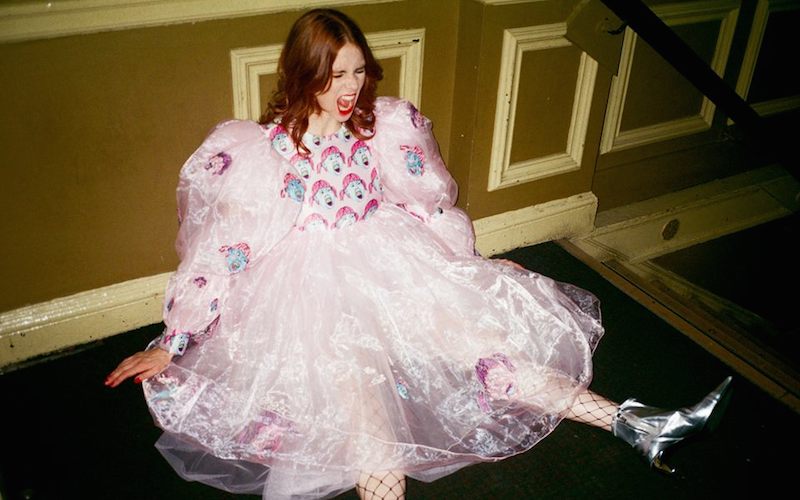 Describe your typical day during LFW?

If I’m not styling a show, I like to see as many shows/showrooms as possible, especially seeing designers that I don’t know very well. LFW is a great away to catch up with people and go to shows together. I’m not a big party person, but I love going to dinner parties.

Tell us something we don’t know about LFW?

I’ve met some really nice people during LFW – and it’s always while I’ve been in a queue waiting to get into a show. So many people don’t really talk to each other but I find if you’re just a little braver and say ‘hi’, fashion people are friendly. We already have something in common – we all like fashion.

LFW must include a lot of ups and downs, what are some of the most memorable things to happen?

I did a fashion show and for one reason or another we were down eight models. It was one of those moments that I kind of wished I was one of those stylists who could throw their hands up in the air and have a hissy fit (be devoid of responsibility) but instead the show producer and I just looked at each other and said we have 20 min to show time, let’s just keep going like it’s happening. Keep going until you can’t go anymore. This is when it’s important to have a good team around you. I’ve worked with the same assistants and hair and makeup team for years so there’s lots of trust, and you know they’re going to do whatever it takes to make the show happen. You can only really show how good you are when things are falling apart. We were able pull seven models who’d just finished another show and who weren’t booked right away for another show. An eighth model, who wasn’t booked for our show, just randomly showed up backstage! Sorted! We did a fast fitting and got right into hair and makeup, which was still being done in the line-up. It was incredibly stressful and a rush to know it all came together. The show must go on!