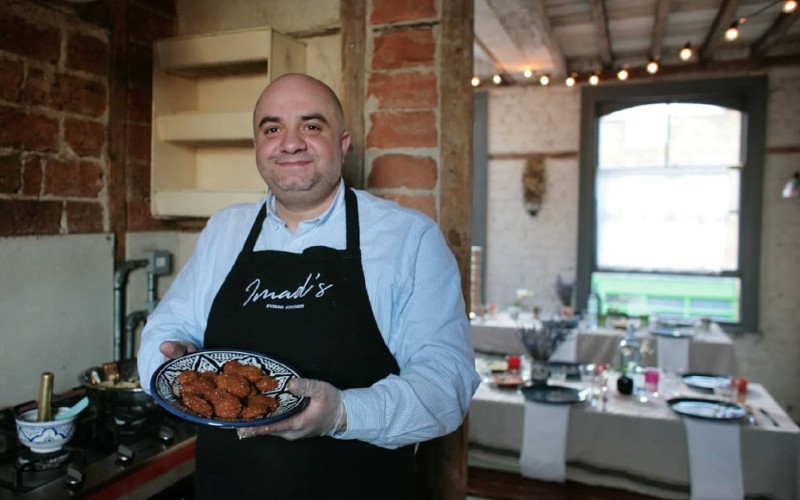 After cooking at a series of charity events, supper clubs and pop-ups across town after losing his Damascus restaurants, fleeing Syria and arriving in London five years ago, Imad Alarnab is ready to open a permanent site for Imad’s Syrian Kitchen in Kingly Court.

The menu will include Syrian mezze, featuring his famous falafel, as well as dishes like crispy baby aubergine stuffed with lamb topped with flatbread & garlic cumin sauce; labneh topped with okra; slow-cooked marinated lamb shoulder; and roasted artichoke stuffed with vegetables, alongside low intervention wines from Eastern Europe and the Levant. Imad will be donating £1 from every bill to the refugee charity Choose Love, so you’ll be doing a good deed every time you eat there.