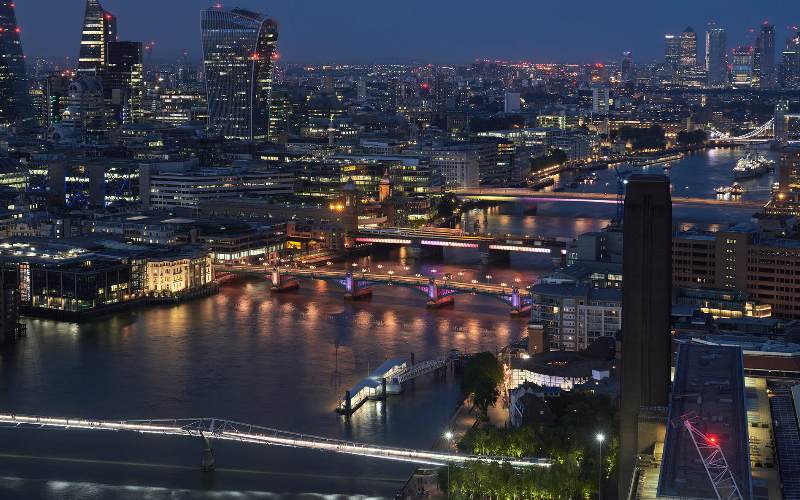 Illuminated River, an incredible public art commission designed by artist Leo Villareal and architects Lifschutz Davidson Sandilands, has been completed, with nine central London bridges lit up to form one giant artwork making it the longest public art commission in the world. London Bridge, Cannon Street, Southwark and Millennium Bridges were the first set to be illuminated with Blackfriars Road Bridge, Waterloo Bridge, the Golden Jubilee Footbridges, Westminster Bridge and Lambeth Bridge being lit up this year, highlighting the bridges as links (both structural and symbolic) across the capital as well as making them more accessible and walkable at night.

To celebrate the completion of the project and as part of the Totally Thames Festival, Leo Villareal will be programming a special display on 23rd September, changing the lighting on all of the bridges and lighting up the London Eye in the same colours for one night only. Other events for the festival include a nighttime photography workshop, a night sketching session Penny Lecture by the Illuminated River Foundation, a Black History bridge walk and an Illuminated River walking tour – you can check them all out here.