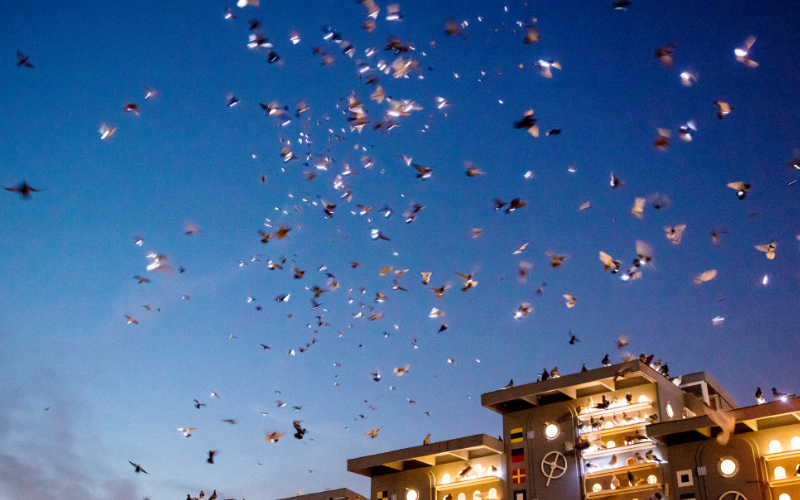 Yep, a flock of lit-up pigeons will be taking to the London skies and all in the name of art, obvs. American artist Duke Riley is performing (or rather the birds are) his piece Fly By Night, where 1500 pigeons with LEDs attached are let loose on the skies, in Thamesmead to celebrate the role of pigeon messengers in WWI. Thamesmead’s Royal Arsenal also played a key role in the war, hence the choice of location. The piece has only been done once before, in Brooklyn in 2016, and it looked pretty spectacular so we’ve got high hopes. And yes, the pigeons are trained so they know how to come back safe and sound.