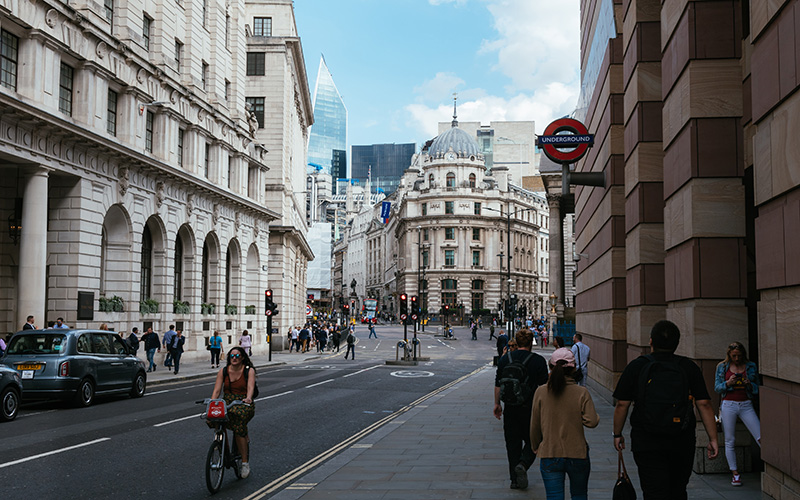 Andy Muldane, the Bank of Englands current chief economist, is to be succeeded by Huw Pill. This has stirred up some controversy after the Bank Of England publicly stated it wanted to increase its diversity, yet filled the vital position at Threadneedle Street with another Goldman Sachs alumni.

It has been reported that the bank was looking to try and increase the diversity in it’s organisation by appointing either someone from a minority ethnic background or a woman in the key role. But after a long and arduous selection process, the Bank of England announced that Mr Pill was the person to be selected and will take up the position as soon as next week.

The Bank of England was actually mentioned earlier this year for another announcement – it could be looking into creating its own cryptocurrency – CDBC or Central Bank Digital Currencies – thanks to the rise in popularity of crypto being used on the internet and places such as most of the new casino sites 2021 has to offer.

Diversity is a problem

Diversity consultants had actually been hired by the bank to help fill Haldanes’ role as Chief Economist – one of the most important positions in the monetary policy committee – when he stated he would be leaving and heading to the Royal Society of Art’s ThinkTank as the Chief Executive.

Pill, Who’s employed at the Harvard business School as a senior lecturer, will see the monetary policy committee’s nine strong team remain all white with just two women. This committee is involved with vital parts of the economy – including setting interest rates.

Being the only position that is appointed by the Bank of England itself instead of the Treasury, the final selection for the role of chief economist was whittled down from a shortlist which was handpicked by the governor of Threadneedle Street, Andrew Bailey and one of his deputies, Ben Broadbent – himself a former economist at Goldman Sachs.

Just two months ago, a shocking review uncovered that the Bank of England wasn’t doing enough to promote diversity in it’s workplace. Bailey himself stated that he would do more to promote more racial equality after the review was published.

Huw Pill will be reporting directly to Boradbent, who has expressed his delight in the appointment. Broadbent remarked on Pill’s variety of experience for a range of monetary policies, different financial markets and research into economics, also stating that these will be absolutely invaluable to both the bank and MPC.

An ex MPC member, David Blanchflower, exclaimed he was underwhelmed at the appointment on Twitter, making comments about both Broadbent and Pill being ex-Goldman Sachs and wondering what happened to the diverse hire the bank was going to make.

The new chief economist has a long history in economics – even involving the Bank of England itself. Pill left Oxford at the end of the 80’s and began at the Bank of England, working there for 2 years between 1990 and 92 during the tumultuous times of the Exchange Rate Mechanism and Black Wednesday.

After this he went on for a near 20 year stint at the European Central Bank which then progressed into the role of chief European economist at Goldman Sachs for 7 years until 2018.

Pill is quoted as saying how privileged he feels to be rejoining the Bank of England team, having the opportunity to help add to the great work both the Bank and the MPC do. He also commented that it still remains quite a challenging period fo any policy involving central banking and the monetary system.