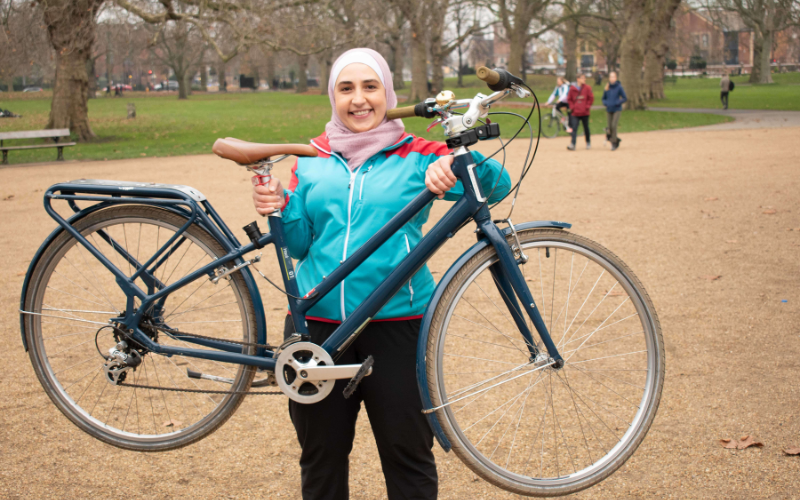 The Bike Project has been providing second-hand bikes to refugees and asylum seekers in the UK for almost a decade, and now they’re appealing to Londoners to lend a helping hand in providing free and safe transport to those in need. Due to the recent crisis in Ukraine, over 82,000 Ukrainian refugees have arrived in the UK, with around 9526 of whom located in London. Since they’ve been so quickly displaced to an entirely new city with a cash allowance of just £39.63 a week, refugees struggle to access many essential resources, including transport. The Bike Project has never been more in demand as a result, and you can help by donating your disused bike.

Not only is cycling a cost-effective and quick mode of transport around London, but it also provides means of exercise and connecting with a community of other cyclists. In fact, research shows that cycling even boosts self-esteem, along with general health and wellbeing, and there are plenty of bikes to spare – according to Transport for London there are over 27,000 bikes abandoned every year in London alone. So if you’re able to help and have got a spare bike kicking about that could go towards someone who needs one, drop it off at one of the charity’s donation points – or you could even go a step further and host a pop-up drop-off point in your community.