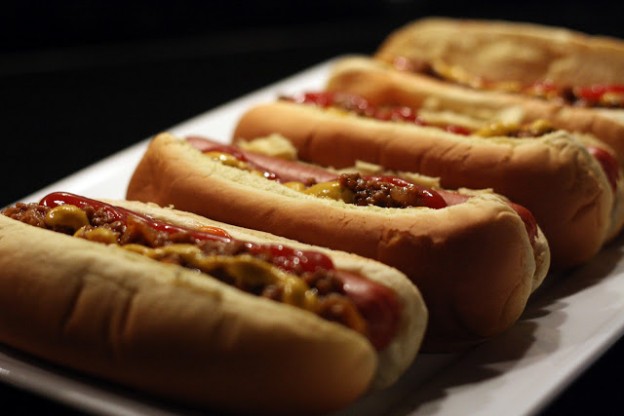 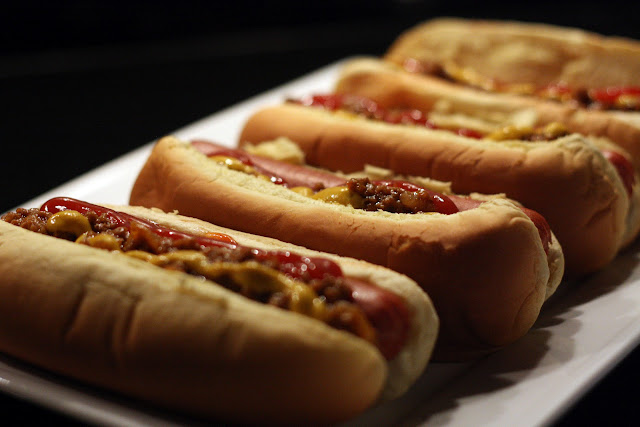 We were lucky enough to get hold of a man who braved last year’s competition, the man, the myth, the maverick Mr Andy Tillett ladies and gentlemen. we used his experience, in-depth knowledge and skill to get an insight on what goes down…

US: How many hotdogs did you eat?

ANDY: I think I finished 11, you have somebody to spot you, so you can concentrate on the sausage in hand

US: At what point did it become a struggle?

ANDY: The first two were quite pleasant, the next two were a bit bland, after that it was all really uphill, I started retching after about seven

US: Did you undergo a strict training schedule beforehand?

ANDY: Nah, I kept meaning to buy a jar of those super cheap smoky little ‘dogs to wrap my lips around in order to get used to the taste, but never got round to it

US: What advice would you give first timers?

ANDY: People go in for all sorts of fancy gimmicky ways of eating, but I was sitting next to the guy who won (14) and we were just eating them straight up – best way, just keep on biting and swallowing the sausage as whole as possible – a little like life really.

US: Would you ever consider doing it again?

ANDY: Well, I’m more sophisticated now, so I’ve moved on to competitive rib eating, but if someone really called me out on it, then I’d show them who the real sausage jockey is round here!