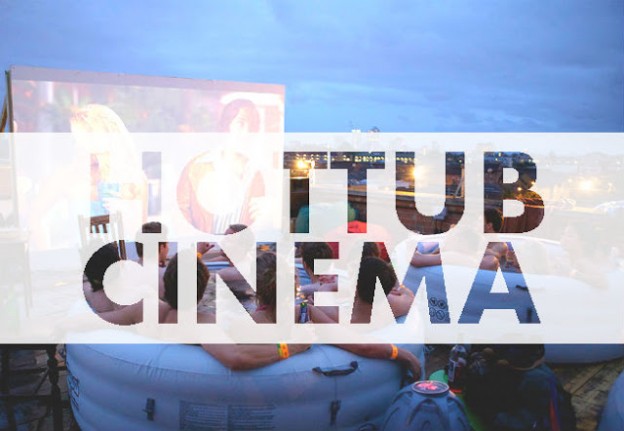 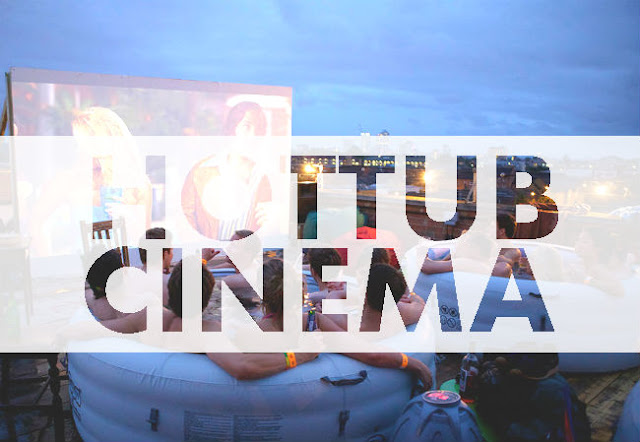 As the name implies, the cinema consists of fifteen hot tubs positioned on the roof of an office block in Shoreditch with two big screens showing some of the best films of all time. What could be better than chilling in a hot tub with friends and cocktails while watching the likes of Trainspotting, Withnail and I and Monty Python’s Meaning of Life.

Each film is shown alongside a selection of snacks and drinks that tie in with the theme. We visited for a showing of English classic The Italian Job, drinkies on offer were G&Ts or Pimm’s and food was in the form cucumber sandwiches and pork pies, served by waiters in bowler hats. The queen would be proud!

Films start at 8.30pm but we recommend getting there earlier to make the most of the bar and take in the views of the City. Naturally you’ll need to remember to bring your swimming costume – no one wants to see a shrivelled penis in the pool!

The tubs hold four to five people each, with a table for drinks and a basket for towels and possessions. The water is toasty and warm, and each tub has a button to activate the bubbles. A waiter service operates throughout the movie, so there’s no reason to get out of the water at all.

Hot tub cinema runs from June to September, tickets and listings are online.