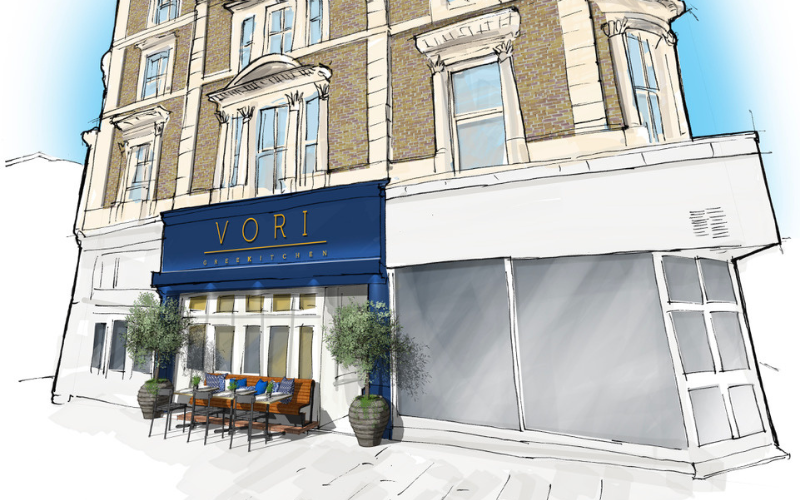 Although Hungry Donkey in Spitalfields recently closed, the team has already set their sights on a new endeavour and this time, they’re heading west. Vori, a Greek neighbourhood restaurant, will open in Holland Park in January, taking its inspiration and name from a serene beach on the island of Andros. The goal is to set a vibe that’ll whisk you off a west London street and onto the Greek seaside.

We’ve been told to expect a menu of ‘rustic’ Greek dishes that incorporate the ‘Mediterranean Tridad’ of grapes, grains and olives. The offering will change with the seasons and will largely be cooked by charcoal oven, and highlights will include:

As for drinks, there’ll be a selection of low-intervention Greek wines as well as beers from award-winning microbreweries. Plus, there’ll be some Greek takes on classic cocktails, including an All-Greek Negroni (Callicounis Old Sport Gin, Amaro Bitters and Vermouth), Vori Margarita (Tsikoudia and Ouzo), and an All-Greek Gin & Tonic (Kallikounis Old Sport gin and 3Cents tonic water). We may not all be able to hop on a plane to Andros right now but come January, sounds like we’ll be able to get pretty close.