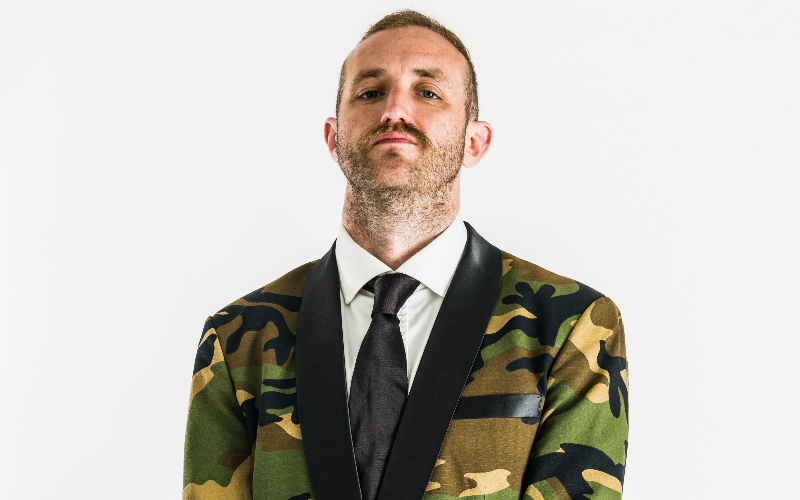 High Rankin is one busy man. Not only is he a DJ, a producer and a broadcaster in charge of threshold.fm, he’s also taking on the massive topic of mental health with a new live podcast series ‘Untangling Mental Health in Music’. Here he is telling us why he’s doing it.

I live in the Peckham Rye/East Dulwich area. What I love most about the area is how you have both the thriving bustle of city life right next to some amazing parks and green areas so you are never more than a few minutes walk from one or the other. There is such a great mix people, cultures, food and stuff going on around here that your never short of somewhere great to hang out. From everything that goes on around Bussey Building and Levels out to the pubs up Lordship Lane like The EDT, The Bishop and The Palmerston where you can sling back a cool, crisp, refreshing pint of medium strength lager next to the fireplace. Somehow Lordship Lane manages to sustain not one but two cheese mongers which I guess speaks volumes about the local’s dedication to high quality dairy products!

What inspired you to set up threshold.fm?

Towards the middle of last year I was suffering fairly badly with some depression and was forced to take a very serious look at what I was doing with my working life and whether or not I was going to continue on in the music industry. I made a list of the things I was doing that made me happy. The only thing on the list was a weekly livestream I was doing on Facebook Live called ‘Rankin’s Records’. It was an hour long show of me playing old drum & bass vinyl and chatting about the tracks, the scene and telling old rave tales. I loved the music so much and the show was starting to build a community around it with its own memes and running jokes. I realised what I was lacking was a community of like-minded people to work together on something meaningful. For years I had been working alone in a room with no windows for 90% of my waking life. I thought, what if I did a radio show every day? I committed to doing it every day for a month to see what would happen. I set up Threshold.fm and started doing a show every morning. It’s been growing really well and hopefully soon I can take on some people to start building a team.

You host the Coffee and Memes show on the station, what are your favourite memes and why?

Memes are like children to me so it’s impossible to pick a favourite but I’m going to anyway. I’m a big fan of memes that reference other memes. Meme on meme action if you will. Recently there was a spate of Birdbox memes and then a cross over of Birdbox / Moth memes that were pretty dank. The danker the meme the better in my opinion. 2D-Post-Modern-Lobster memes are likely to be very popular in 2019. Don’t say I didn’t warn you.

You’re also hosting a series of live podcast events about mental health and the music industry as part of SuperCulture’s MENtal Health season. Tell us a bit about why you’re getting involved and what we can expect from the panels.

This was born out my experiences from the last few years and the discoveries I made along the way. I want to try and shine a light on what I think are the issues and pitfalls being experienced by not only those in the music industry but in all the creative industries. I think in the coming years we will see very serious issues arise from thousands of creative people who are spending most of their time alone, competing in temperamental industries, with no work security, no daily community and endlessly comparing themselves and their work to others on social media.

With the panels I want to discuss why I think there is a problem, the best ways to try and avoid the pitfalls and what we can do as a whole to improve the industry and the lives of those involved in it so they can be the useful and responsible human beings that they want to be.

How do you think we can normalise the topic of mental health and get people talking about it more?

Obviously talking about it more is a great start but I think it’s very important to try and figure out and discuss the roots causes of some of the issues. Mental health can seem very nebulous and often times it is. If we can normalise talking about it in the same way that we talk about physical health, that’s great. I think it’s even a mistake to separate the two. Your brain is part of your body and needs to be treated as such. If you isolate yourself, don’t give yourself the vital nourishment of community and meaningful action then the health of the brain will suffer. It’s no simple task but it’s helpful to at least be facing the right direction.

To be honest, my perfect day in London gets played out most Sundays if I’m lucky. We call it ‘Super Sunday’ and it involves me and my girlfriend going on a pub crawl starting at the top of Lordship Lane, imbibing larger tops and seeing how close we can get to Camberwell before we tap out! I’m a real sucker for a British pub and London has some of the finest there are. In the perfect, ideal day, it also takes in a roast at the Coal Rooms which are currently serving up by far the best offering I have had in London. That said, I hear Blacklock make a powerful beast of a roast so I’m keen to get stuck into that at some point soon. The Sunday daytime pub session, especially in winter has a certainly romance to it that I don’t think can be captured any other way. Long live the Sunday pint!