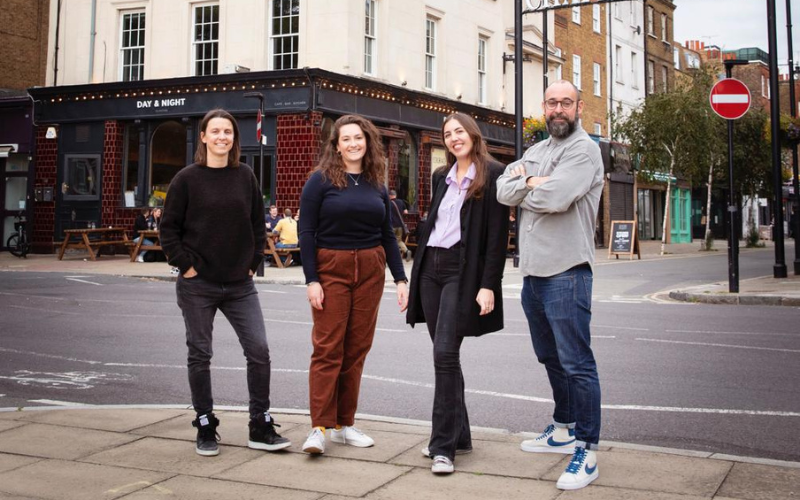 Pip Lacey and Gordy McIntyre’s hicce is expanding with a second site set to open in Islington this November. Lacey (ex-head chef at Murano) launched hicce as her first solo restaurant back in 2018 in partnership with Wolf & Badger, which houses the 80-cover dining room on the top floor of their Coal Drops Yard shop. Now, Lacey and team are gonna have free reign over an entire pub in Islington as they open the second iteration of hicce, the hicce hart.

Bringing the flagship’s ethos to the new neighbourhood, the hicce hart will centre around a menu of elevated British pub grub and with Lacey’s creds – working with Michelin-starred chef Angela Harnett – it’s sure to be something special. The idea is for the spot to be a go-to pub for locals, as well as a destination for foodies, with an unfussy but quality food offering. There’ll be a selection of small plates and bar snacks for anyone just popping in for a pint, as well as a full dining menu of familiar faves, innovative dishes and Sunday roasts.

As for the all-important drinks, the hicce hart will be following in the OG’s footsteps, pulling craft beer pints and serving up glasses of biodynamic wine. With an interest in repping the local businesses, the team will be working exclusively with independent brewer The Goodness Brewery, based out of north London, for their selection of consciously produced beers. They’ve also worked together on making a signature co-brew, hicce IPA, which will be available at the new site. Wines will come from small-batch, low-intervention producers, with the adventurous list changing weekly depending on availability. If you’re an N1 native, look forward to meeting your new local.