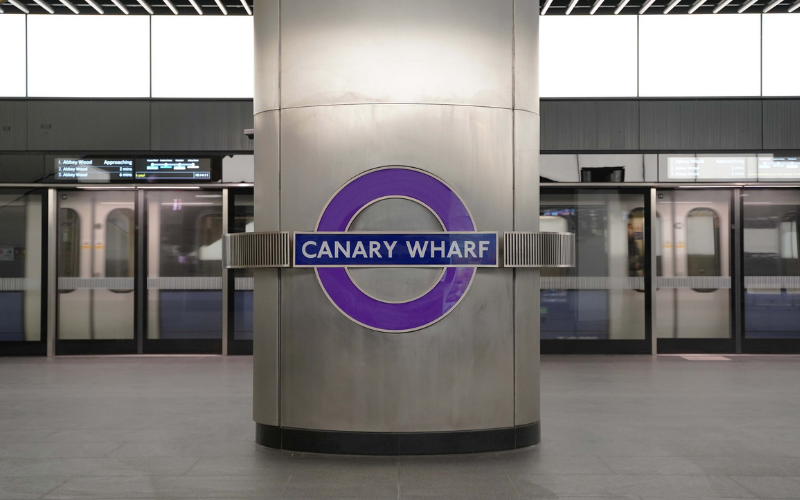 You’ve heard of the Central line, you’ve heard of the Victoria line, now London’s newest mode of transport, the Elizabeth Line aka Crossrail, is finally with us. It’s super speedy, connecting more outer reaches of London in less time than before and while it may help you get to work more easily, it could, more importantly, also take you closer to some of London’s greatest restaurants. The first part of the route (the Paddington to Abbey Wood stretch) has been open for a few months already (only around three years behind schedule), and now Bond Street station is set to open on 24th October, completing the central section, so here are the best food spots to stop at along the Elizabeth line.

You may only be heading to Paddington for a connecting train, but if you’re stopping for a longer stint you won’t be going hungry. Go for a classic with The Cleveland Arms, a rustic but polished gastropub or head to the plant-based Farmacy, where clean-eating unexpectedly meets indulgence. Keep your options open with the uber-Instagrammable food hall Pergola, which houses four restaurants complete with rooftop views. Or if you’re a cheese fan, The Cheese Barge will undoubtedly be up your street with an entire cheese-based menu. Another option that might float your boat on the canal is London Shell Co – you can’t beat a bit of fish on the water.

Located on Oxford Street and sandwiched between Mayfair and Marylebone, there’s no shortage of upmarket food spots near Bond Street station (this won’t actually be open on Crossrail until a few months after launch but you can bookmark restaurants in anticipation). Traditional pub and Mayfair institution, The Guinea Grill specialises in high-quality beef from an open grill and some of London’s best Guinness. Inside another Mayfair institution, The Beaumont Hotel, is atmospheric New-York-style grill The Colony Grill Room complete with wood-panelled walls and a design-your-own steak tartare trolley. For a touch of tradition with an inventive twist, try Japanese/ European restaurant Cubé, or current critical rave, Indian restaurant BiBi. For a quick and affordable bowl of noods, head to Marugame Udon, already hugely popular in Japan and now taking the UK one bowl at a time. Award-winning spot Hoppers is just a hop away from the station too. And inside Browns Fashion is Native at Browns, with seasonal set menus, foraged cocktails and the chicest hidden terrace in town.

A stone’s throw from the restaurant and bar hub that is Charlotte Street, you’re not far from some fantastic restaurants right by Tottenham Court Road station. On Charlotte Street, you have masses of choice. For something different at each visit, head to Carousel, with a roster of guest chefs and a cool wine bar. Or for riotous overkill on the decor front and crowd-pleasing Italian dishes, hit Circolo Popolare. Over on Newman Street, Laksamania is serving (you guessed it) a whole loada laksa and around the corner is Spanish restaurant Arros QD specialising in all things paella and rice. The swanky Hakkasan flagship, the Michelin-starred Chinese restaurant, is up a hidden corner in Hanway Place or head in the direction of Soho for the renowned 10 Greek Street.

Home to two of London’s nocturnal institutions – Fabric and the Smithfield Market – Farringdon also has some great restaurants. If you’re in the mood for Italian, you can’t go wrong with unpretentious but brilliant Brutto (£5 negronis!), or head to Luca if you’re after a touch more glamour. For innovative dining, there’s modern British spot Anglo and famed sandwich and taco joint Bodega Rita’s. Hottest tables in town are found at the visually dazzling Sessions Arts Club a five-minute walk away, the legendary and Michelin-starred St John is even closer, and, if you can land yourself a table for London’s tiniest Japanese spot, Sushi Tetsu is also in the neighbourhood.

It may be full of high-rises and offices but Liverpool Street is as much a place for foodies as it is city slickers. One of our fave Spanish chefs José Pizarro has an outpost of his namesake restaurant in Broadgate Circle, where there’s also a Yauatcha for when the dim sum cravings strike. A two-minute walk and a 40-floor lift ride away is the 24-hour Duck & Waffle, with Japanese-Brazilian-Peruvian sushi spot Sushisamba just below – both, of course, with incredible views. You can also feast on Cantonese roast meats at Three Uncles and Portuguese small plates at Bar Douro, and if you head in the direction of Spitalfields Market (itself home to many a food stall and restaurant) you’ll come across Indian at Gunpowder, Thai at Som Saa, Middle Eastern veggie treats at Bubula and noodles at Marugame Udon.

Exit the station right out into Whitechapel Market and you’ll be greeted by a stretch of stalls loaded with food, fruits and veg, clothes, jewellery and general knick-knacks. If you make it through without stopping for snacks, you’ve got two of the best South Asian restaurants in town waiting for you – Lahore Kebab House and Tayyabs. The Whitechapel Gallery is one of the area’s institutions and it also boasts modern British restaurant Townsend, and if you keep heading in that direction, you’ll come across gastropub and hotel The Culpeper, with a beaut rooftop terrace where they grow some of their own produce; vegan spot Alter, and Emilia’s Crafted Pasta doing what it says on the tin. If you’re after a sweet treat, traditional Jewish bakery, Rinkoff’s, which has been operating out of East London since 1911, is nearby too.

Here’s where the Lizzie Line hits DLR territory. As well as the high-rise finance offices, Canary Wharf is home to a lot of familiar faces restaurants-wise. Caravan is one, the well-established all-day spot that has seven other sites across London. Another is ROKA with its contemporary Japanese menu, and you’ll also find a branch of set-meal specialists Six by Nico. Hottest tables in the Wharf are currently found at the new Hawksmoor, which is literally right on the water and boasts The Lowback, a mega bar pouring the ulitmate martinis and champagne cocktails.

You’ll likely be stopping here for ExCel, but if you’re looking for some food after your event, Tapa Tapa is a good shout – it’s right outside and it’s serving up traditional Spanish tapas. Or if it’s a dumpling day, head to Yi-Ban for dim sum and classic Chinese dishes with a view of the water.

Woolwich has seen a number of new additions in recent years, from farmer’s markets to some ace pubs and restaurants. One such new addition is Peter’s Panas, which operates out of a food van in Woolwich market and has been serving up classic Latin food since late 2020. And then there are some Woolwich institutions, like the Dial Arch pub or the family-run Viet Baguette that specialises in Vietnamese home cooking.

End of the line us Abbey Wood. There is, admittedly, not a great deal to choose from here beyond the odd Greggs and Chinese takeaway (nothing wrong with that mind!), but you can grab something to eat at the Abbey Arms. Drop by for their Sunday roast, or some pizza from their in-house branch of Sourdough Saloon.