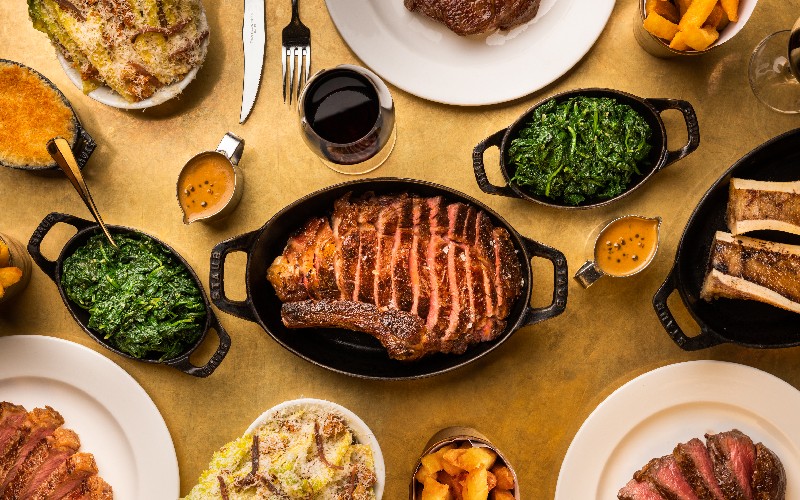 It’s been 15 years since Hawksmoor first opened in Spitalfields and now founders Will Beckett and Huw Gott are opening a brand new London branch (the first new one for the capital for four years) in Canary Wharf this November. And it’s going to be rather special as this Hawksmoor will be sat on a floating pavilion on the river at Wood Wharf and it’ll take inspo from their recently launched New York site. The pavilion itself will be made from sustainably sourced materials and primarily powered energy from Canary Wharf’s Combined Heat and Power network, with a green roof full of wildflowers and grasses to improve carbon capture.

At 160 covers for the restaurant, 120 covers for the Lowback bar (which is being described as their most ambitious one to date) and outside space for eating and drinking, the three-level Hawksmoor Wood Wharf will be the biggest one yet. That’s what we call raising the steaks. We’re expecting to see a whole load more of London’s best restaurants announcing sites close by soon too so watch this space.