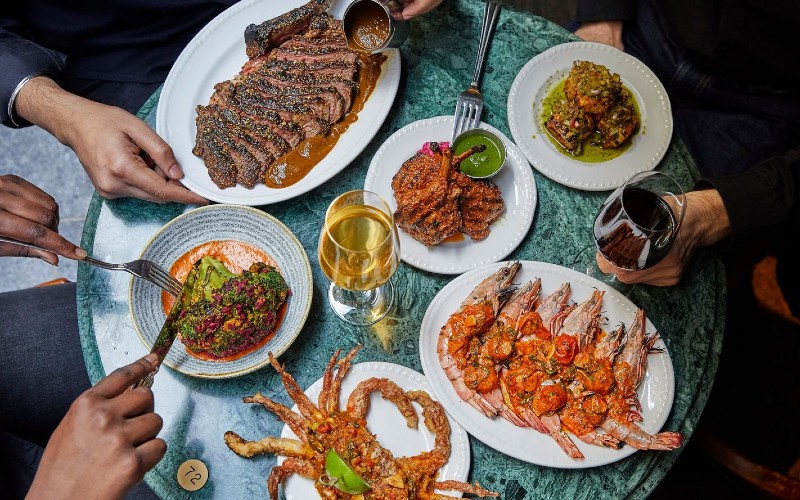 We’ve been fans of Gunpowder and their take on home-style Indian food ever since the tiny Spitalfields restaurant opened in 2015. That was followed up with a second site in Tower Bridge and now they’re adding a third to their collection with a new branch in Soho, taking over the old Pizza Express spot on Greek Street. The 54-cover space will take inspo from the grand traditional clubs of Delhi, with dark wood cladding on the walls, a black & white chequered floor and a dark red marble bar.

As well as Gunpowder classics like those venison doughnuts, Karwari soft shell crab and Kashmiri lamb chops, the Soho site will be serving up new sharing dishes including whole mackerel with raw mango chutney, Chettinad duck skewers and half lobster served with rice pancakes. There’ll be a natty wine list focusing on Spanish and Portuguese bottles to go with the food alongside a brand new martini menu, so if you’re a fan of the classic cocktail this is gonna be the place for you.