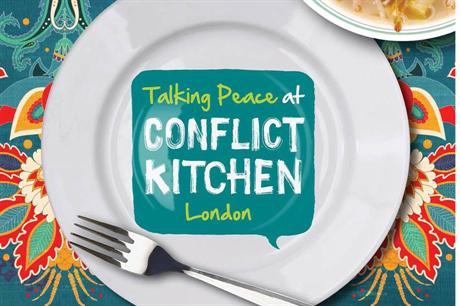 This experience is an interesting conversation starter alright, we went along to the first night which highlighted the conflict in Burma, as well as provided a feast of Burmese delights. The food itself was brand new to us and something we’re keen to try again. The conversation…well this was like the most fun history lesson we’ve ever had.

International Alert are helping put these events together via the pop-up restaurant to encourage these conversations. It is a great and fun way to taste food from these countries as well as learn a thing or two about their culture. Still to come are evenings based on Jordan and Peru…Peace!