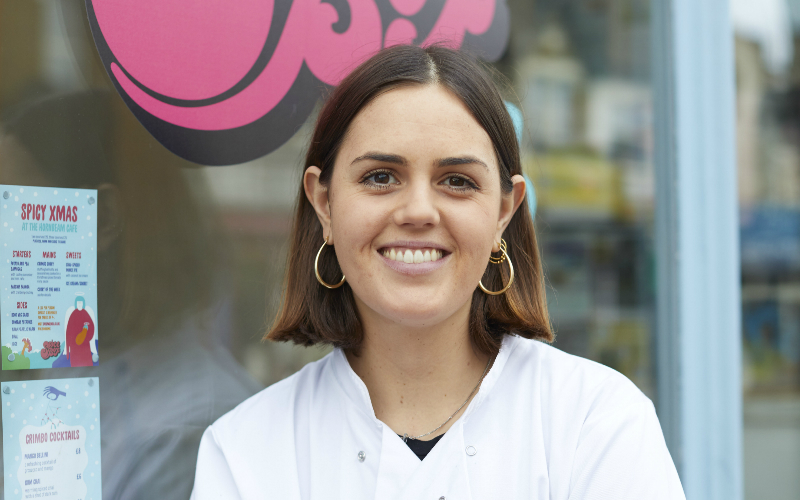 After a successful run on the street food circuit with KERB, Grace Regan has just taken SpiceBox permanent by opening a vegan curry house in Walthamstow, so it seemed like the perfect time to ask her all about putting a plant-based spin on curry classics.

I live on Columbia Road in East London. Most people know Columbia Road for its famous flower market and whilst I love hanging out there on a Sunday, it’s at its best during the week when it’s super quiet and peaceful. I feel so lucky to live in the area as I feel it’s a bit like stepping back in time to when London was slightly less hectic and neighbourhoods had a strong sense of community. Community in London neighbourhoods is something I’m really passionate about and it’s something we’re focusing on lots with SpiceBox – we want to bring communities closer through great tasting food. I also love the diversity of Bethnal Green – people from loads of different cultures live side by side which gives the area amazing vibrancy and some banging eating options!

Before starting SpiceBox we hear you had your own tech start up in Silicon Valley – how did California compare to London?

They are so so different! Firstly, where I lived in Silicon Valley was essentially a purpose-built modern suburban town. Everything was very clean and uniform and, dare I say, a bit soulless! London is the polar opposite – chaotic but full of soul! Having said that, I really did fall in love with California. The nature there is staggeringly beautiful and every weekend I’d explore a new part of the state, from hiking in mountains to surfing in the pacific – it’s a dreamy lifestyle! I also think London is getting closer to the likes of San Fran and LA, mainly because of the huge rise in the number of vegan restaurants but also because there is such a growth in a more ‘conscious’ way of living here. More and more people are meditating, exercising and choosing to spend their spare time doing activities that don’t just involve a pint in the pub!

What was it that bought you back to London and inspired you to launch SpiceBox?

I turned vegan in California and was amazed at how easy I found it. There were so many vegan restaurants and plant-based options on menus. What’s more, the vegan options were genuinely delicious and would appeal to anyone. I thought London needed more places like the ones I frequented in California so I decided to do something about it! I’d also had an idea for a few years about opening a modern curry house in London. India and Indian food has been a life-long obsession of mine and I just couldn’t get the idea for SpiceBox out of my head.

After doing the rounds of London’s street food circuit you’re about to launch your first permanent place, in Walthamstow. Tell us a bit more about what we can expect from it?

The SpiceBox curry house is an amalgamation of everything I’ve done and learnt over the past few years. Street food was the best place to test and refine recipes and speak to customers. We then moved to our Test Kitchen at the Hornbeam Cafe in Walthamstow who let us test-run our curry house menu and now we’re ready to really show the world (London!) what we’re about – fresh, vibrant Indian food that tastes amazing and happens to be vegan. You can expect all the curry house classics such as Tikka Masala, Jalfrezi and Dhansak but with a SpiceBox (plant-based) spin.

I’m notoriously bad at leaving East London so I’d keep it local. Wake up early, go on a walk and end up at Broadway Market for a coffee and some veg shopping. Then head back to Columbia Road and meet some friends in my favourite pub on earth (and local) the Royal Oak. Then either dinner at Campania or everyone back to mine for a simple supper (I rarely eat or cook fancy food when I’m not at work). I’m obsessed with a game called Linkee at the moment so I’d probably force everyone to play that after dinner. And, cos it’s my perfect day, I’d obvs win! 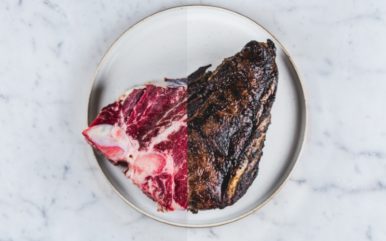