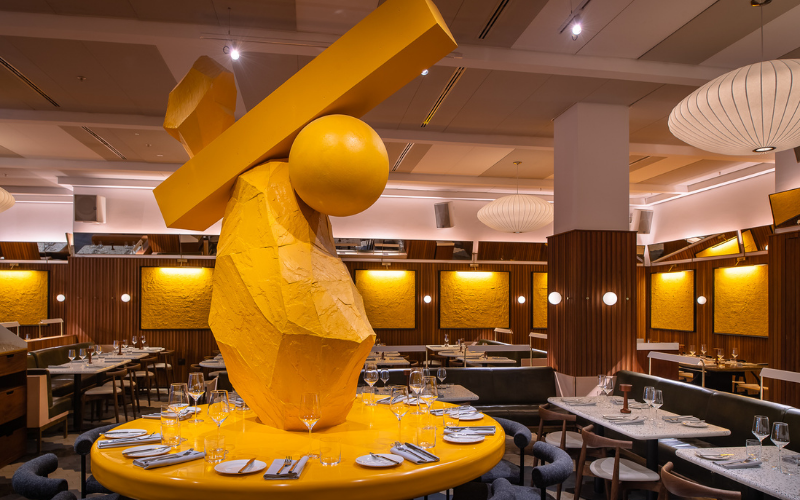 One Hundred Shoreditch, the new hotel that’s taking over the spot where the Ace used to be, is opening next year with six restaurants inside, one of which will be British seafood spot Goddard & Gibbs. Headed up by chef Tom Moore, the restaurant will be inspired by the fishing villages and seaside towns on England’s east coast and will focus on ethical sourcing from local suppliers. We don’t have a menu yet but we’ve been promised crowd-pleasing classics, a big raw bar, weekend brunch, and fun takes on childhood faves available to takeaway from the Hatch.

Goddard & Gibbs will also boast a wine bar right at the front of the space, overlooking Shoreditch High Street, so you’ll also be able to pop in for a glass or two of vino – the list will feature modern producers alongside bottles from well-known regions – and a bite to eat from the sharing plates menu. With seafood restaurant Off The Hook also opening in Wapping, it sounds like the seaside really is coming to East London.