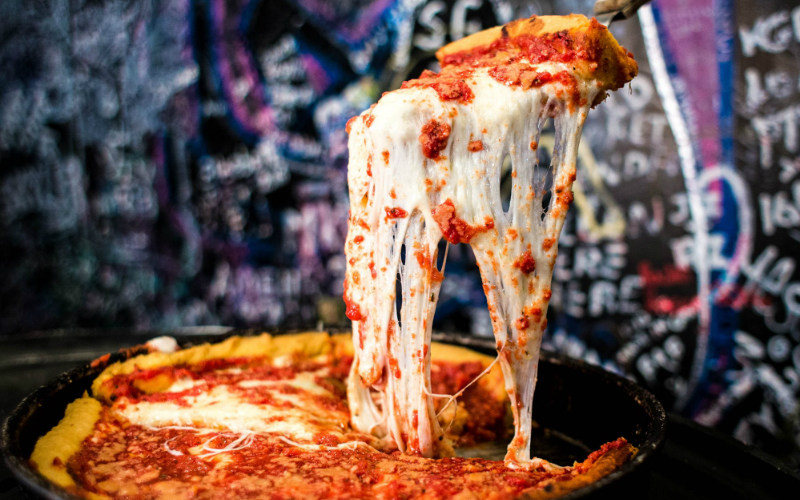 Real deal deep dish pizza is coming to London for the first time as Chicago pizza legends Gino’s East fly in to takeover Pizza Pilgrims West India Quay for one weekend only. Gino’s pies follow the Chicago deep dish style with the crust baked in a cast-iron pan and filled with sauce, cheese and toppings. It’s not something you really find in London so this is a great chance to try it from one of the pros.

You’ll be able to feast on two of Gino’s classics, the Veggie Supreme with spinach, mushroom, onion and green peppers, and the Meaty Legend, with Italian sausage, ham, bacon and pepperoni. Chicago brewers Goose Island will be providing the beers and Pizza Pilgrims have also teamed up with Crosstown Doughnuts to create limoncello doughnuts using the PP homemade Pococello. You can tuck into unlimited deep dish pizza plus a beer and doughnut for just £25, so grab a ticket and grab a pizz’a the action.