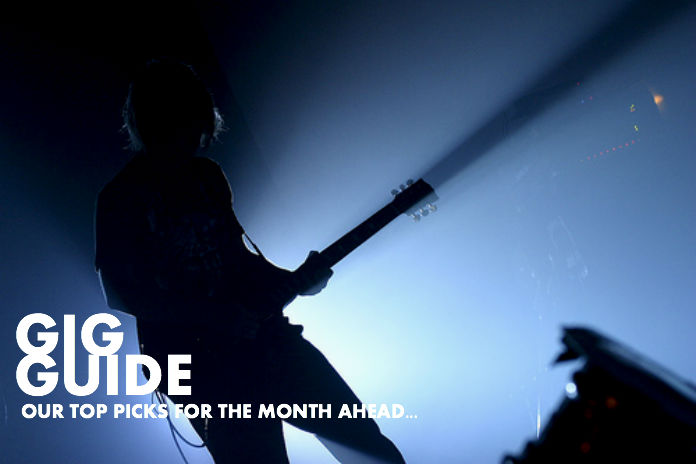 Yep, that’s right. Your very own Graham Coxon will start off this smoking August with a gig at Camden’s Roundhouse on the 2nd. He has two London dates set out already, but considering his second isn’t going to be until November you probably don’t want to miss this one.
Get Tickets

Our indie favorites Telegram will start off the August guide with an unmissable headline show at the Lexington on 2 August. We saw them on tour with Temples, Palma Violets, Miles Kane just to name a few and we can’t wait to see them do their own thing now! See you down the front.
Get Tickets

Playing the Notting Hill Arts Club showcase night ‘New Shapes’, Birmingham foursome Superfood will turn your soul upside down with tracks from their much-anticipated debut album. Make sure you are there to witness it!
Check the venue for tickets info.

07 AUGUST MICHAEL A GRAMMAR @ UPSTAIRS AT THE GARAGE

Our February Band of The Month will put on all sorts of shoe-gazing antics on Thursday the 7th of August. We will never get tired of seeing them playing, especially if that involves their usual silver blankets dress code. So go there, you won’t be disappointed! You’re welcome.
Get Tickets

Californian fivesome The Growlers will head down to Hackney for another one of their psych-infused pop shows, bringing once again their ‘beach goth’ to the streets of London Town. Support comes from The Wytches. You know what you should do, right?
Get Tickets

How on Earth could you possibly miss the spectacularly rock ‘n’ roll greatness which is The Hives? Answer is, you just CAN NOT. So don’t even think about giving this a second thought and head down south of the river for their Brixton show on the 21st. Support comes from We Are Scientist and Pup. YES!
Get Tickets 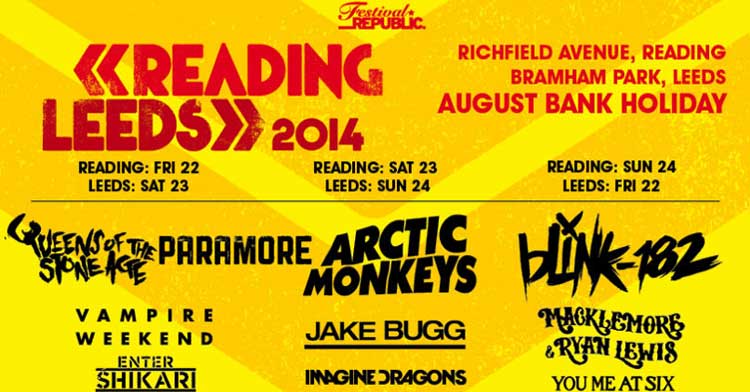 Right, folks. It’s that time of the year again. That fabulous, fabulous time when you need to take out all of your festival paraphernalia and gear yourself up because Reading & Leeds is upon us. Queens Of The Stone Age, Arctic Monkeys, Vampire Weekend, Foster The People, blink-182, Temples, Warpaint, Chvrches, The Horrors, Brody Dalle, Palma Violets, The Pains of Being Pure At Heart and seriously somebody stop us please because we sure as hell can’t go on forever. This year’s Reading & Leeds is just ah-may-zeeng.
Get Tickets

23 AUGUST THE DIN @ THE BORDERLINE

London-based four piece The Din will bring their crazy mixture of gypsied-punk acoustic rock ‘n’ roll to the Borderline. After supporting the likes of The Libertines, Frank Turner and recently, Adam Green, they are now ready to embark on their own tour. Catch them while you can!
Get Tickets

We love Royal Blood, we just do. This duo has enough energy to tear down a whole packed arena. Can you just imagine what all of that power would do to the cozy, tiny Rough Trade East then? Thrills.
Check the venue for tickets info.

29 AUGUST THE GRAVELTONES @ THE UNDERWORLD

This heavy blues rock ‘n’ roll Aussie-London two piece will make you thank us for the advice of not missing their Underworld show on the 29th! Seriously peeps, these guys are the winners of the Best Band of 2013 in the Classic Rock Awards, and since then they have been causing all sorts of madness in our fair London Town. Go see them and end this exhausting August with a real buzz.
Get Tickets