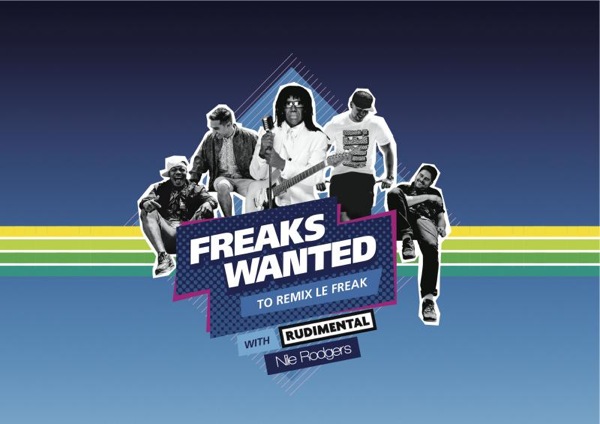 The roles are open to 16 to 24 year olds and will be an ideal opportunity to kick start a musical career in what is a breakneck and ever changing industry.

Nile Rodgers, Godfather of Disco, of CHIC and the Founder of We Are Family Foundation said:

“I know the feeling of rejection from when I started out and for many young people it’s hard to get their first career break. That’s why I’ve joined forces with GoThinkBig to offer up opportunities to remix my most successful track, Le Freak and inspire young people across the UK to dream big.”

So get your freak on, get online, apply and as the wise man himself says (sort of)…’Go BIG or go home’…and may the freak be with you. You’ve got until the 8th September people!