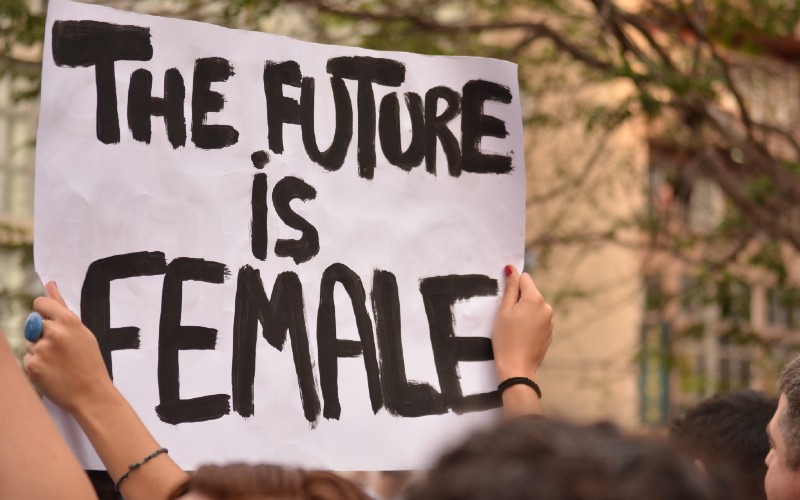 It’s International Women’s Day on 8th March and what better way to mark the occasion than to celebrate some London-based ladies who are out there paving the way in their respective fields, whether it’s advocating for anti-racism and for LGBTQ+ rights, supporting refugees and asylum seekers, and working to ensure diversity within big industries. Here are five women we’re shouting about this IWD….

Wellness is big business here in the UK but the industry has a real problem with diversity, or lack thereof. And that’s what Chloe Pierre is working to change with her platform thy.self, which is all about actualising self-love and self-care in an inclusive way and making wellness facilities safe spaces for everyone. As well as providing a digital space where the community that thy.self has built can connect, learn and share, Chloe also works with brands like Nike, Monki and Urban Decay to help them create inclusive, authentic wellness campaigns.

After starting out teaching yoga to vulnerable and at-risk refugee and asylum-seeking women at the British Red Cross’ Destitution Centre in Dalston, Emily Brett grew OURMALA into a charity that offers safe spaces for refugees and asylum seekers with free therapeutic yoga classes, English language classes, hot lunches, access to critical services and travel refunds to ensure that everyone is able to attend. Emily and the team have also run projects for the Grenfell community and the NHS, and have helped hundreds of people heal through yoga.

As a model, writer and activist, Munroe Bergdorf is one busy woman. She tirelessly advocates for marginalised communities, using her platform to talk about and educate people on anti-racism, LGTBQ+ rights and feminism; she’s a UK Changemaker for UN Women UK; and she consults on diversity and inclusivity issues for brands, including sitting on the L’Oreal UK Diversity and Inclusion Advisory Board (a significant appointment as the brand had dropped her from a campaign in 2017 after she spoke out about white supremacy and racism). She’s also releasing Transitional this year, a manifesto on gender, race, identity, sexuality and how society can change for the better.

A former COO in advertising, Sophie Williams is an anti-racist activist and author whose 10-slide Instagram post on anti-racist allyship went viral following the death of George Floyd and the Black Lives Matter protests. As well as advice and info on her social media, Williams has written Anti-Racist Ally and Millennial Black, two guides on allyship and activism and black womxn in the workplace. She also works to increase BAME representation at senior levels within the advertising and creative industries through her non-profit organisation Culture Heroes.

A creative at Ogilvy and founder of Art Seeks Copy / Copy Seeks Art, a platform that helps art directors and copywriters find their creative partner, Joyce Kremer is also the president of the London chapter (the first and the largest) of SheSays, a charity that’s striving to have more women in senior positions in the creative industries. In creating a a global network of creative women – there are SheSays chapters in cities all over the world with around 70,000 members – the organisation is able to harness the power of their collective voices to affect change. For IWD, SheSays is running a campaign called ‘Spam For Equality‘, where you can send an email to your CEO to call for a review of their parental leave policy, with the aim that all parents and caregivers will have the same opportunities for career progression.

GET INVOLVED AND SPREAD THE LOVE WITH YOUR OWN IWD SHOUTOUTS…