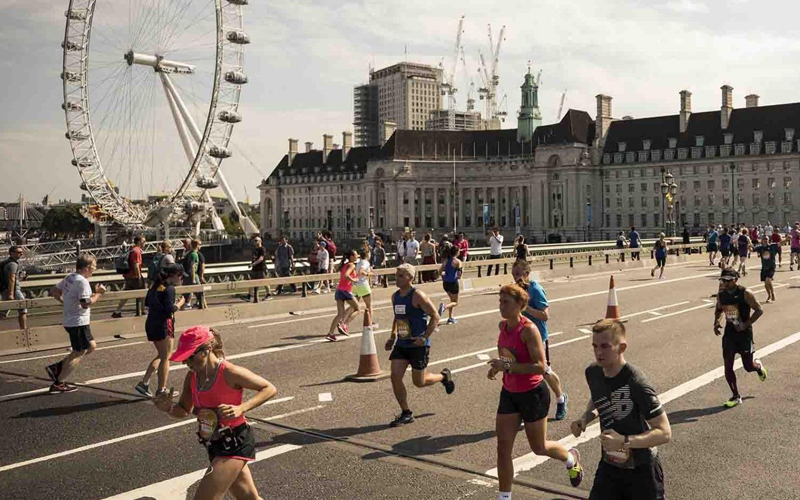 If you didn’t manage to bag a place for the London Marathon or you wanna take up running with the aim of getting there, there are a load of big runs planned to take place in London in 2023 that you can get involved in. Whether you want a short 5k, a half marathon where you can really test your PB or a run where you just have fun and see the city at the same time, these are the races in London worth lacing up those trainers for.

Sun 30th April & Mon 1st May 2023 | Olympia London
Test yourself with this blend of functional fitness with traditional racing – you do a 1km run, followed by 1 functional movement, repeated 8 times.
ENTER

Sun 21st May 2023 | Hackney
Take on the 13.1 mile route that goes across canals and through the likes of Mare Street and Broadway Market.
ENTER

Sun 9th July 2023 | Central London
If you run for the enjoyment of it, then this is the race for you. There’ll be bands and DJs along the route and you’ll also hit some major London landmarks.
ENTER

Sun 3rd September 2023 | Richmond Park
If you like to cycle as much as you like running, combine the two and run-bike-run your way around Richmond Park. There’s a range of distances, so you can just do a half or really challenge yourself with an ultra duathlon.
ENTER

Sat 9th September 2023 | Queen Elizabeth Olympic Park
Pretend you’re an Olympian by running through the Olympic Park, and with both 5k and 10k routes you can take it at your own pace.
ENTER

Sun 8th October 2023 | Starts Hyde Park
Why do one park run when you can do four? This half takes you through the four Royal Parks (Hyde Park, Kensington Gardens, St James’s Park and Green Park) so you can soak up the scenery.
ENTER