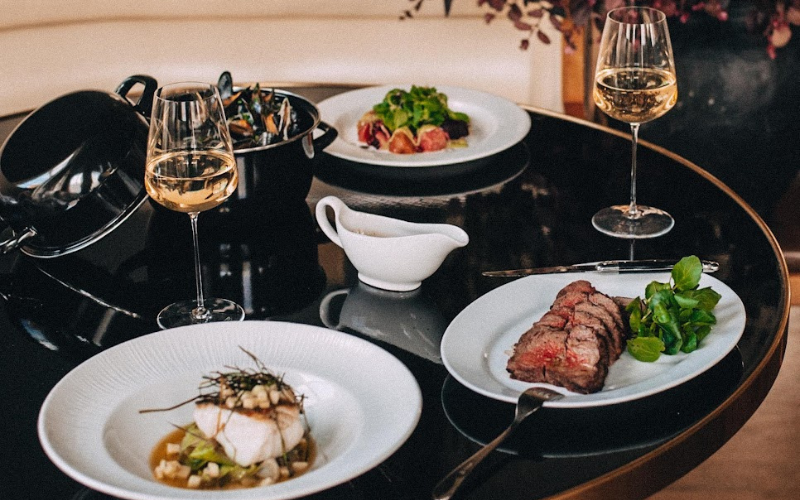 It wasn’t too long ago that the idea of having dinner at King’s Cross would have seemed very strange unless it was just a quickie at Leon before jumping on a train. But with the area’s renaissance, helped along by the transformation of the derelict industrial site Coal Drops Yard into a cultural hub, it wouldn’t be so surprising anymore. And now joining the long list of restaurants that have made their home in and around the train station is RAILS Restaurant & Little Bar, which has opened at the Great Northern Hotel.

The relaxed 80-cover restaurant and grill has taken over the space that was formerly Plum + Spilt Milk, while its aptly-named Little Bar counterpart has replaced The Snug, now a cosy cocktail bar with a strong French influence. The RAILS food menu also takes inspiration from French cuisine (paying homage to the restaurant’s proximity to Eurostar), as well as featuring a range of modern British classics. Expect the likes of:

There’s also a morning menu of the usual suspects – full English breakfast, eggs benedict, avo toast, pancakes and fresh pastries – and afternoon tea and brunch menus will be introduced later in the year. The drinks list is full of signature cocktails, including The Michel’s Sour (Michel Couvreur Whiskey, lemon and red wine) and The Morning Routine (Grey Goose Vodka, Grand Marnier and Pampelle), as well as French wine (which makes up half of the offering), aperitifs and digestifs.

RAILS Restaurant & Little Bar is offering 30% off food for their launch, get the details here.