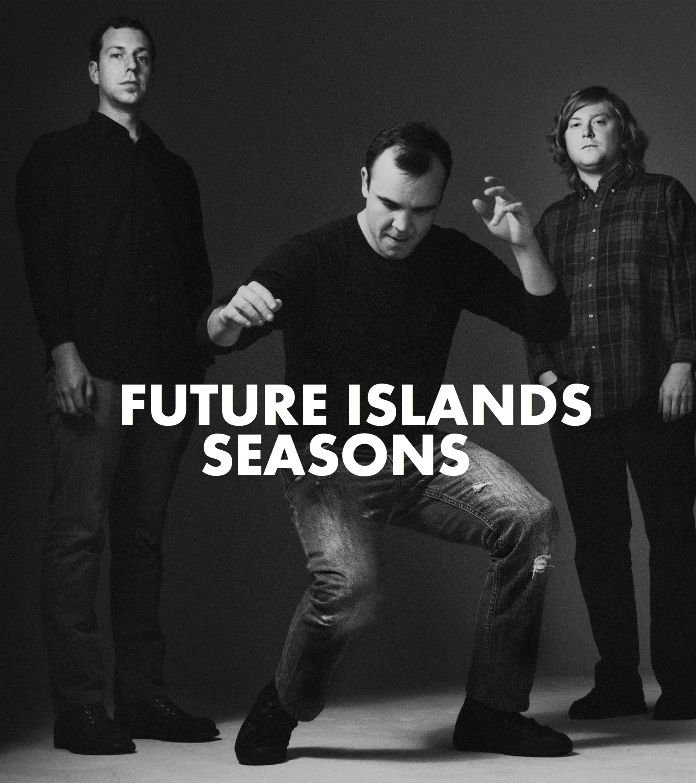 Future Islands is the name of the band of the moment that will most likely provide you with the soundtrack to your year, or perhaps even your life.

The synth-pop Baltimore-trio have that sound of familiarity, like they’ve been around forever. It is a regard they well and truly deserve; their latest venture, ‘Singles’, is album number four and the band boast over two hundred shows on tour each year.

But unless you’ve been living under a rock (which we wouldn’t recommend), the reason you now know this name, is because of that Letterman performance. Yep, the one that blew up the internet and beyond. It was the band’s network television debut, and taking place only last month, is already (dare we say it) infamous.

It’s the track that kicks of their latest LP offering, but it doesn’t stop there. The entire album continues to make you want to sing your heart out or dance until you fall, or both.

Their sound manages to encapsulate the old and the new, with electronic keyboard calls VS. Herring’s accomplished, archaic voice. That voice, bearing down years of love and loss we can all relate to, carries you through ‘Singles’ from start to finish. You believe every word that is sung, and you just know after that performance, he’s giving it everything he’s got.

Future Islands will be hitting the UK with a series of gigs in May/June (dates below). They’ve already sold out their London gig at Electric Ballroom, but luckily for you lot they’re on the Sunday bill for Field Day on June 8th.