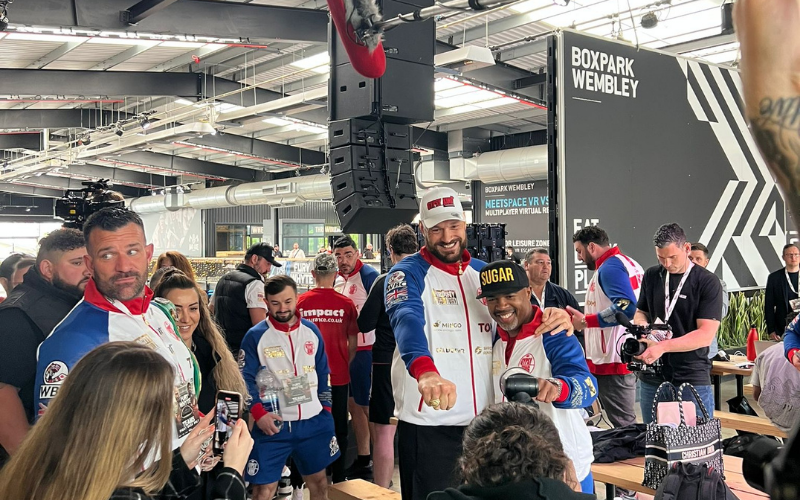 Boxpark is hosting the ultimate event for boxing superfans in the run-up to the fight between heavyweight champions Tyson Fury and Dillian Whyte. At Boxpark Wembley, just minutes from the stadium itself, Fury Fest will take over the space with a line-up of Q&As with the stars for their opinions on the fight, entertainment by comedian Al Foran, a pre-fight message from Tyson Fury and live DJs, as well as sports memorabilia, official Gypsy King merchandise, competitions and a choice of more than 20 food outlets. Fans will also get the chance to meet a host of boxing stars, including Lennox Lewis, Joe Calzaghe, Ricky Hatton, and many more. Plus, on the day before the fight (Fri 22nd), the official public weigh-in will be held at Boxpark Wembley,and on the day itself, you can head over to Boxpark Croydon for a live screening – all proceeds of which go to supporting the Ukraine Humanitarian Appeal. Boxpark is def the place to be for what’s being billed as one of the biggest all-British fights in history.