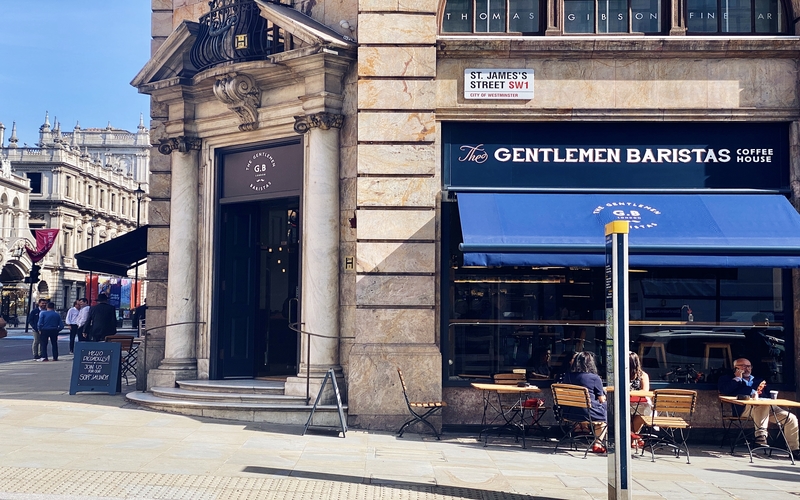 Not only is it International Coffee Day on 1st October but The Gentlemen Baristas have just opened their shiny new flagship in Piccadilly so they’ve got double reason to celebrate. And they’re doing it by giving out a FREE COFFEE to anyone that swings by on International Coffee Day wearing a hat. If you didn’t already know, The Gentlemen Baristas are pretty into their headgear – the bowler hat is said to have been designed by Bowler & Bowler in 1849, just around the corner from The Gentlemen Baristas’ first coffee shop in Southwark, and with a top hat maker over the road as well, they decided to continue the theme and name all their coffees after hats.

From the Deerstalker house blend to the Propeller single origin from Ethiopia, The Gentlemen Baristas roasts and pours some of the best specialty coffee made from sustainably sourced beans in town, and you can try it totally free. Pop your hat of choice on, take a pic of yourself in front of the Piccadilly coffee house, post it on social media tagging in @thegentlemenbaristas and go and bag your free brew. And if you’re not a coffee fan, you can choose tea, matcha or decaf instead Just ask the GB team and they’ll sort you out.