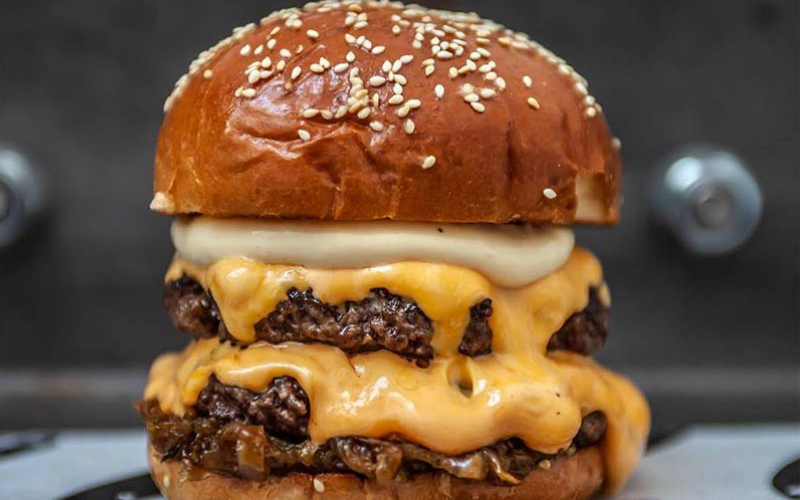 He may have closed his Hackney restaurant Carte Blanche but Andy Taylor is bringing back his original burger concept Le Bun with a pop-up at the Old Truman Brewery, running 12th March – 9th April.

The French-American inspired burger shack will serve up old faves like the Le Truffle Cheeseburger and the Le Truffle Double Double Burger as well as new creations such as the Truffle Honey Bacon Burger (with truffle honey bacon, truffle mayo and confit onions) and the Le Royale Cheeseburger, a take on an In-N-Out style burger with bone marrow burger sauce and smoked pickles. They both sound TRES BIEN.

To celebrate the pop-up, Le Bun Shack will be flipping out 250 FREE Le Truffle Cheeseburgers from 6pm. Once they’re gone, the regular menu and pricing will kick in, so get down there early if you wanna get your hands on those buns.

Still got room for more? These are the burgers we keep coming back for.