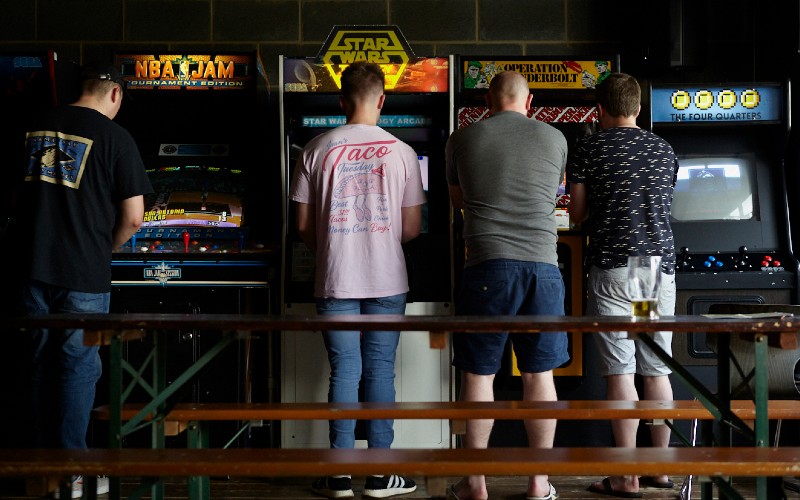 Apparently Elephant & Castle is where it’s at as hot on the heels of pizza joint 400 Rabbits, arcade bar Four Quarters (which has sites in Hackney Wick and Peckham) is also moving into the ‘hood. At 3000 sq ft and with over 30 original arcade machines (including the likes of Pac Man, Sega Rally, Street Fighter II, Asteroids and Space Invaders), eight vintage console booths and two large screen projection gaming areas, it’s gonna be the largest Four Quarters yet. There’ll even be video game screens built into the walls that can be played from the booths outside – basically its gaming heaven.

The Elephant & Castle bar will have over 16 craft beers on tap plus a cocktail list and burger menu to keep you well-fuelled between bouts of Tekken. £1 gets you four quarters aka four games and the first 100 people to sign up to their newsletter will bag four digital quarters that can be swapped for real ones when it opens.