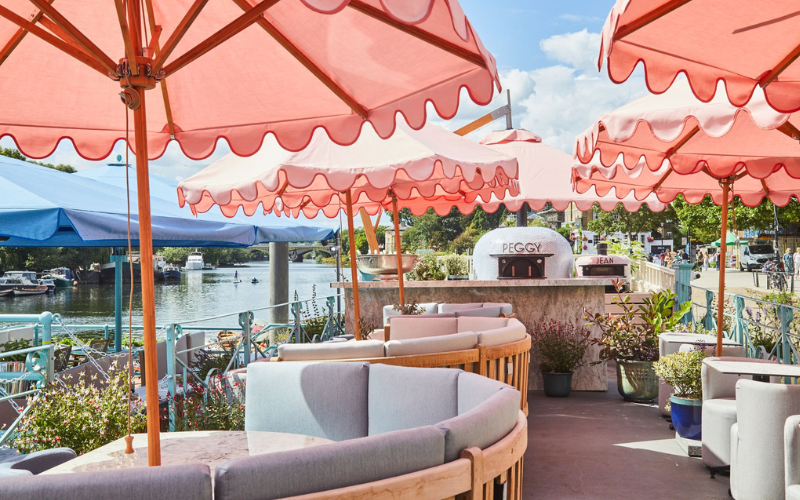 They’ve already got the Darcie & May Green barges moored up on the canal in Paddington and now Aussie restaurant group Daisy Green are taking to the water once again with their latest opening Peggy Jean. The Jesus College Boat Race Barge has been restored by the group to house the new floating restaurant, which’ll have 120 covers across the inside of the barge and the open-air area on the pontoon, plus uninterrupted views of the river and Richmond Bridge.