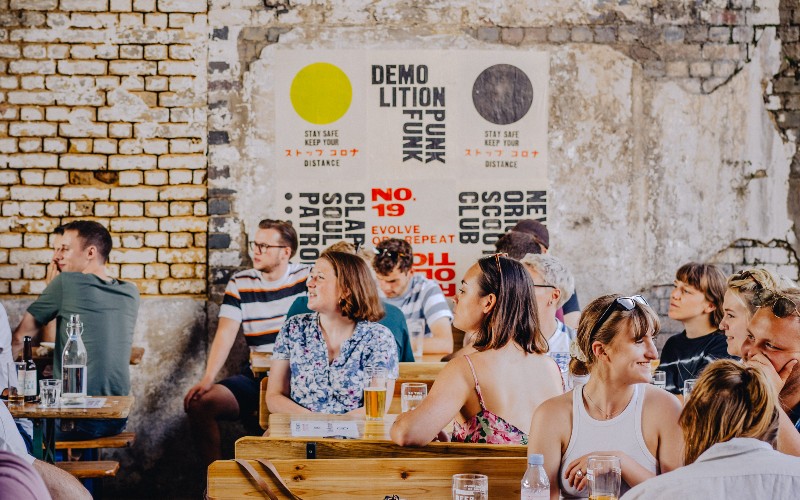 Pizza and beer – the best combo. First, we saw 40ft and The Dusty Knuckle co-lab on an outdoor garden and then Five Points went alfresco for the summer, opening a taproom in the yard and arches of its warehouse on Mare Street in Hackney with ACE PIZZA taking charge of the food. Now the East London brewery is revamping the space for winter with an indoor taproom and mezzanine surrounded by the brewing tanks.

The full range of Five Points beers will be on tap alongside special and limited edition brews, with tank-fresh beer costing just £3.50 a pint from 5pm – 7pm on Thursdays and Fridays. And if you want a deep dive into the world of beer, Five Points will be hosting regular tours of the brewery and guided tastings from December. ACE PIZZA will be slinging the same slow-proofed NY-Neapolitan style pizzas found at Five Points pub The Pembury Tavern as well as specials and one-off collabs exclusive to the taproom. And to keep the party going, the taproom will host Moth Club DJs every weekend – beer, pizza and music, what more could you want?