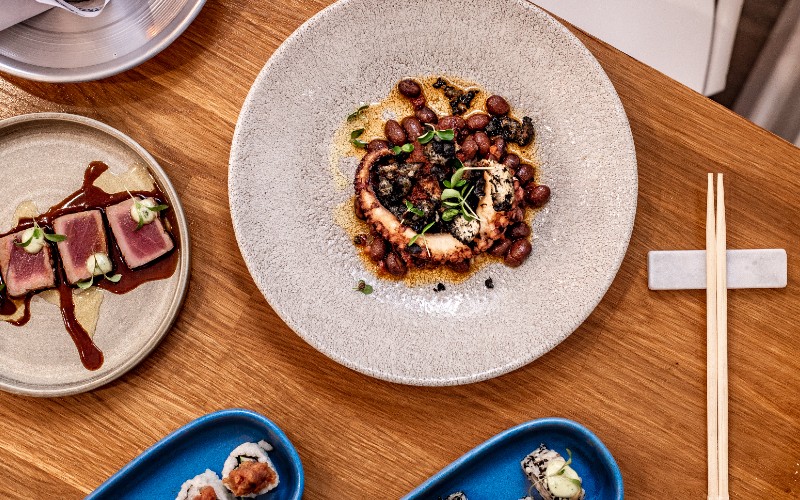 There’s something fishy over on Brick Lane…..new seafood restaurant and fishmongers Crudo. Ivan Simeoli is the man behind the operation (he’s also brought us Laboratorio Pizza) and his new spot features a fishmongers on the ground floor alongside a restaurant. The menu will include rock oysters, sea bream ceviche, miso monkfish, salted Cornish cod with seaweed mayo, and seared yellowfin tuna alongside buns like fried octopus with crispy black cabbage & olives, tuna tartare with burrata & caper mayo, and iced prawn with fior di latte & bacon.

Crudo will also be home to a speakeasy-style cocktail bar, which’ll have its own side door on Hanbury Street – no word yet if the drinks will be sea-themed. And if you wanna get into Crudo first, they’re knocking 50% OFF food during their soft launch period of 4th – 12th December. Sea you there.