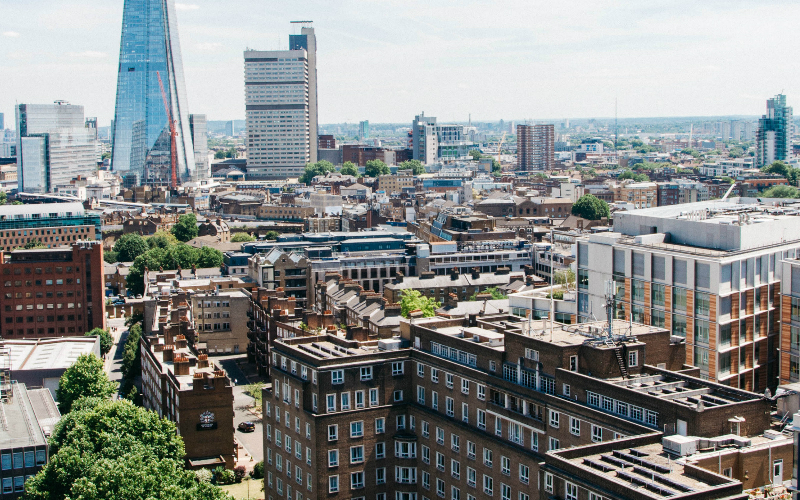 find your london with badi

Renting a room in a city as large as London may seem like a daunting prospect but when you’ve got badi on your side it becomes a whole lot easier. Not only does the room renting platform use a smart matching system to connect landlords and renters more effectively, the whole process is organised and managed in the app, so you can hunt for rooms, keep track of your invites and complete your booking all from your phone. And badi has rooms available for rent all over town, so you’re sure to find a place that suits you in a location that you love, just like these three rooms in three different parts of London.

First it was a hipster magnet, then as spots like Efes, Bardens and Birthdays closed, it was declared dead but in actual fact, Dalston is as vibrant as ever and it’s a great place to live. For starters, Dalston has the best Turkish food in London, with countless kebab houses knocking out fresh kebabs all night long. The good food doesn’t end there: Madame Pigg, Jidori, Weino BIB, House of Momo, and Little Duck are some of our favourite places in the neighbourhood, offering an amazing variety of things to choose from. Booze is in plentiful supply too, with everything from cocktail bars such as Three Sheets to craft beer bars and run down pubs. Don’t forget the Dalston Roof Park and The Karaoke Hole beneath Voodoo Ray’s either.

For film fans, the Rio is a special place. There’s been a cinema under various names on the site of the art deco, Grade-II listed Rio for over 100 years and it’s remained independent right up to this day. The two screens show a varied programme of new indie releases as well as regular double bills and classic matinees.

Not only does the Arcola Theatre put on a rich and varied programme, from new works and premieres to revivals and adaptations but it’s also one of the greenest venues in the UK thanks to solar panels, carbon-neutral heating systems and low energy stage lighting. And if you’re looking for somewhere to have a few drinks and throw some shapes, the bar stays open late on Fridays and Saturdays, and the music is always on point. So if you like to work hard and play hard, Dalston is the ideal area to live – you’ve got all those restaurants and bars on your doorstep and the rest of East London is your playground.

There’s no denying that Brixton has changed a lot over the years but it’s still one of the liveliest neighbourhoods in South London. Brixton is famous for Caribbean food but it’s turning into an all-around foodie hub thanks to the likes of Brixton Village and up-cycled shipping container space Pop Brixton. It hosts some of the local community’s most exciting restaurants, bars and businesses like Roe, The New Zealand Cellar, Container Records and Make Do & Mend, and has a 200 capacity event space for gigs, cinema screenings and fitness classes.

Exactly what it says on the tin, this Bowie tribute, painted by Aussie street artist James Cochran in 2013, suddenly became a site of an overwhelming outpouring of public grief following Bowie’s death in January 2016. If you were a fan of the legend that inspired it, it’s definitely worth a look.

Now over 100 years old, the Ritzy Cinema is an iconic part of the Brixton furniture. Restored to its original turn-of-the-century charm, it still has all those amazing architectural features and a red velvet curtain. Classy! Another local landmark, Brixton Academy was built in 1929, starting out in life as a theatre. Since then it’s been reopened many different times under many different names but has never lost its musical roots. The venue has had many a legend pass through its doors, including The Smiths, Madonna, The Clash, The Prodigy and the Sex Pistols to name but a few, and is likely to see many more in the future. Rock on! Living in Brixton means you get all the best bits of South London; you’ve got the culture, you’re close to green spaces and if you need to be, you can get into the centre of town in a flash too.

Where North London officially begins, Islington is still one of London’s most buzzing boroughs. Islington is particularly good at pubs and you’ll find some of the best pubs in London on the quiet neighbourhood streets. There’s some excellent restaurants too, as well as one of the capital’s best cinemas, plus theatres, shops, and art galleries.

Having opened way back in 1913, Screen on the Green is one of the country’s oldest cinemas. Now owned by Everyman, the single-screen cinema shows a mix of new releases and classics, and often has directors come in for talks. Then there’s The Almeida, which began life as a lecture hall and reading rooms, before opening as a theatre in 1980. The programme focuses on the next generation of British artists and it often hosts award-winning plays that transfer to the West End.

Feeling hungry? There’s a lot to choose from in Islington, from the New Orleans-inspired Plaquemine Lock to one of the best burgers in London at The Compton Arms. We also love Oldroyd. Tom Oldroyd’s tiny Islington restaurant has been quietly knocking out simple Italian dishes for a couple of years now and it’s still one of our favourite places to come for a quick dinner or lunch. Menus change daily but there’s always a pasta dish and its always incredible. If you like a slightly quieter life but don’t want to be out in the sticks, Islington is definitely the spot for you – the backstreets are chilled yet you’re never too far from a great pub or restaurant.

Whether Dalston, Brixton or Islington is your next move, you can find the perfect room on badi

POPULAR MUSICALS TO STREAM FOR FREE (13)