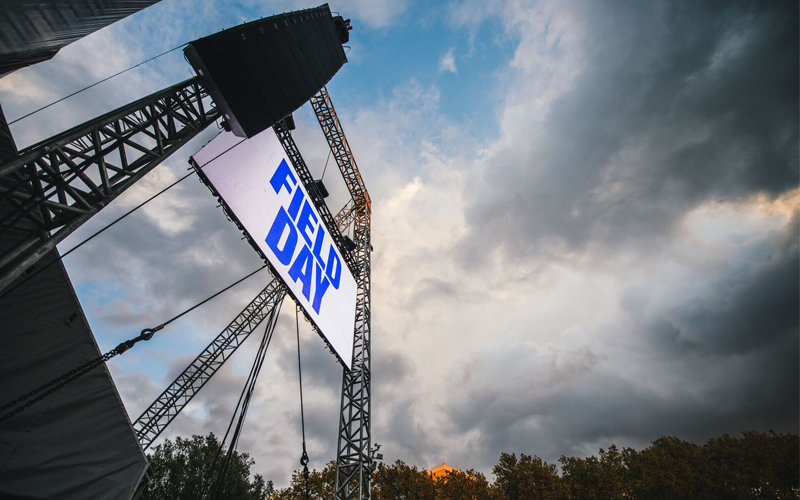 The Fat White Family never fail to disappoint and put on an explosive performance with lead singer Lias Kaci Saoudi carrying out his trademark strip, right down to his undies. Stage diving into the crowd, the mosh pit lapped it up and we know why; they are the by far one of the most exciting acts to watch live. Unpredictable, furious, comical, amazing musicianship…brilliant.

There’s always a strong electronic contingent at Field Day, and this year was no different. From inventive and energetic house and techno coming from one man powerhouse Motor City Drum Ensemble and Chicago queen The Black Madonna, to the experimental stylings of Mount Kimbie’s DJ set, the mud did not stop the dancing.

Other highlights include The Duke Spirit, who have returned after a three year live break. Playing hits from their back catalog as well as new material from their 2016 album KIN, their return also boasts a new bass player, Rich Fownes of Nine Inch Nails/Bad For Lazarus. And ever the entertainers, Brian Jones Town Massacre managed to get the whole crowd at the main stage to shout ‘Pig Fucker’.