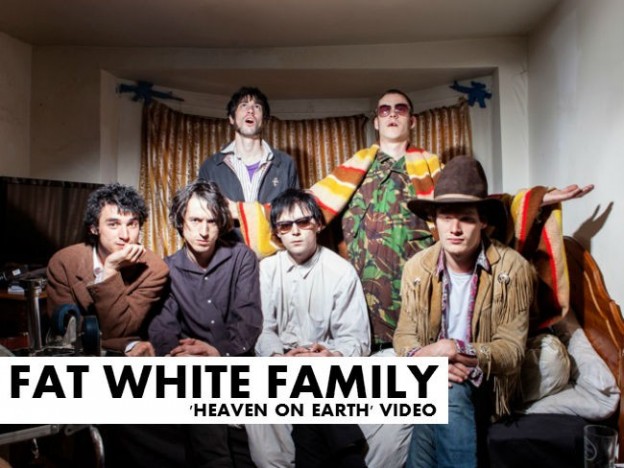 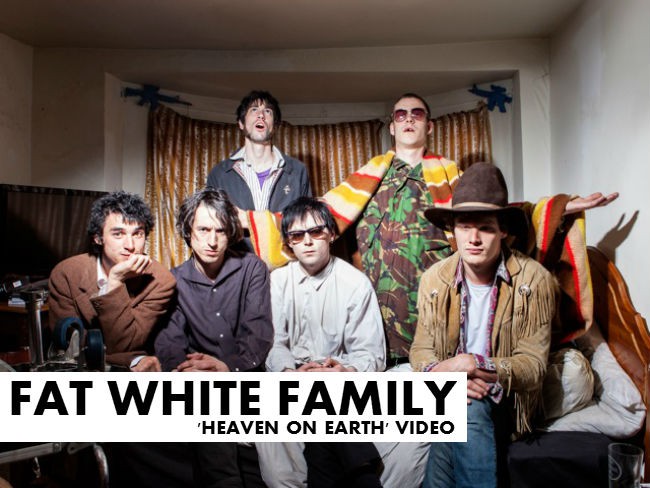 Rising from the underbelly of LDN’s squatting scene, Brixton based FAT WHITE FAMILY have released a video for “Heaven On Earth”. It’s punk rock on the alternative end of the spectrum, best served at a hot sweaty venue where one can see the drummers eyeballs, with toxins running down the walls. Dirty guitar riffs, reminiscent of classic Chocolate and Cheese era Ween, only with more ferocity and an amphetamine squalor. The vocal delivery is suitably twisted, “Can you see it coming round the corner” barks at us, making you feel uneasy and queasy at the same time.

The middle section has a frenetic siren sounding solo backed by a drone bend before a descent into a reverb tunnel, AND they have time for a psychedelic freakout in the last few seconds of the track just to ensure the slide to insanity is complete.

The video is a tour de force by the famous purveyor of the obscene, Mike Diana. Madness ensues, OAP’s at church, rotten animals, devil masks accompanied by primitive animation with good meets evil imagery. Ending with a cindered rat carcass, and a dodgy 70’s Open University Earth model being zapped into oblivion. The perfect synergy between visual arts and sonic depravity.

Taken from the debut album Champagne Holocaust and released through Trashmouth Records you can catch them live as the NME Radar Tour continues over November, hitting London again on the 10th December @ 100 Club.