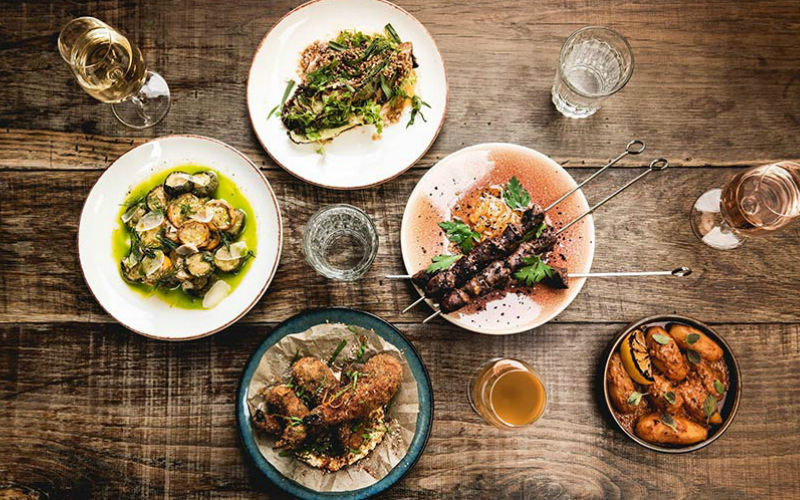 After we heard rumours about it way back in January, we can now confirm that Michael Sager and Marcis Dzelzainis, aka the guys behind Sager + Wilde, are opening a two-floor bar, restaurant and canteen in Old Street this winter. With a marble horseshoe counter and glass skylight inside the space, we’re expecting Fare to look pretty stunning.

Naturally wine will be a big part of the drinks offering at Fare Bar and Canteen but expect some interesting cocktails too, like a Nitro Vodka Espresso that “pours like Guinness” and the Rum + Coconut with Havana 3 year rum, coconut, verjus and lemongrass hydrosol. They’ll even be making their own tonic water too and Assembly Coffee is on board taking care of the brews.

Downstairs in the intimate bar and dining area, head chef Thomas Raymond, formerly of Ellory, will be in charge of the food menu, which will be a British-Mediterranean mix of veggie-focused small plates, grilled skewers and sharing dishes.

If you wanna get in there first, Fare Bar and Canteen is knocking 50% OFF food from 7th – 10th November.