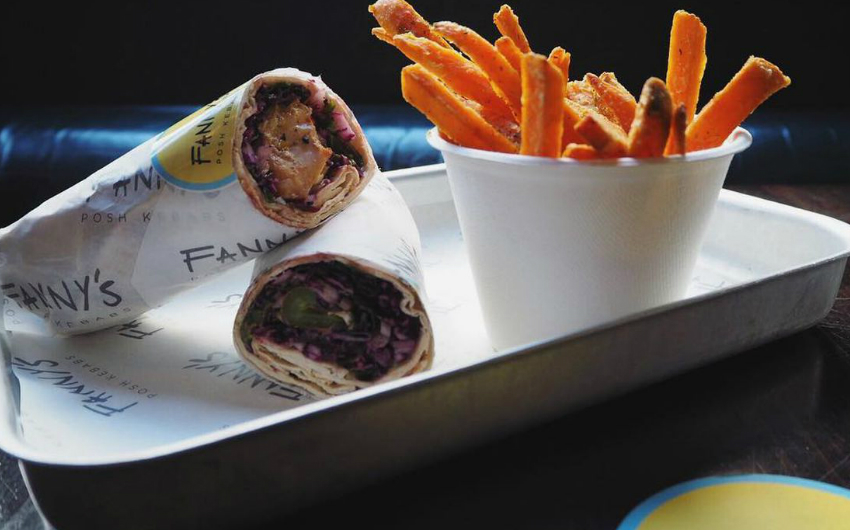 Fanny’s Kebabs had a bit of a shaky start a few weeks ago, when they advertised in the window of their site that their “Posh Kebabs” were coming soon to Stoke Newington. With no shortage of incredible Turkish restaurants in the area, the pictures ruffled many a foodie feather on Twitter as they were ground down to a fine mince by restaurant critics who pointed out the audacity of the move.

It seemed like it might have been over before it started but they’re ploughing on and have listened to the criticism, dropping “posh” from the strapline all together. They’re now finally open with quite possibly the lowest soft launch offer we can remember seeing in London, a paltry 15% off from now until February 28 – don’t all rush at once folks!

The short menu sounds intriguing, with ‘Swish Chicken’ and ‘Lazy Lamb’ being the main events of the ‘Babs’ section (their words, not ours). There’s also Vegan Falafel which begs the question – what is a non-vegan falafel? A meatball? Whether they can survive in this neighbourhood remains to be seen but the proof is in the eating so we’ll be checking it out soon to bring you our verdict.

Get Me There
February 22, 2018 by christina
eat + drink, stoke newington

WHERE TO DO PLASTIC-FREE SHOPPING (2)

HOW TO THROW A BIRTHDAY PARTY IN ISOLATION (1)