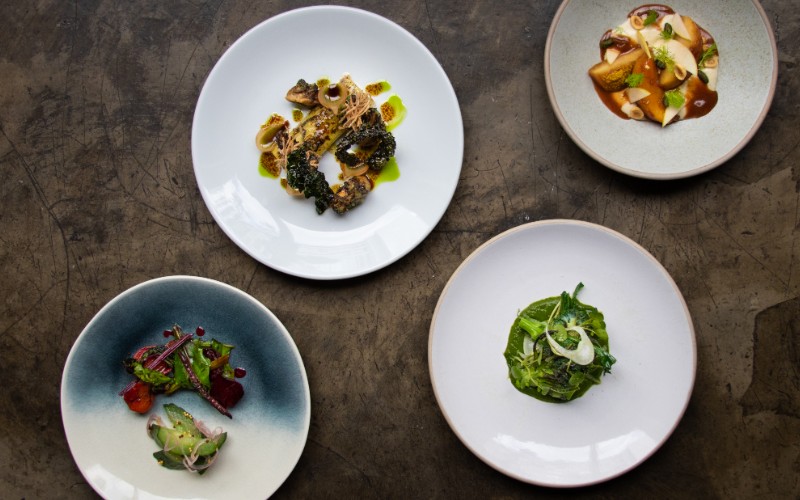 Fallow was the third pop-up to go in to the revolving space of 10 Heddon Street (the others being what became Manteca, and Pacific) and due to COVID, it had a slightly longer tenure than was expected. Well now the good news is that it’s moving into its very own permanent home just across the way at St James’s Market in November.

At the new Fallow, we can expect more of the same, but bigger and better: a 65-cover dining room with a bar, wraparound terrace, and seven-seater chef’s counter overlooking the open kitchen, which will have its own dedicated menu. Style-wise, chefs Will Murray and Jack Croft will be continuing the sustainable-approach that won them so many plaudits at the residency. Dishes are set to include Mushroom Parfait with Shiitake and Truffle (using mushrooms cultivated from used coffee grounds in the kitchen); Fallow Deer Tartare; Salmon Belly with Marrowbone Brioche and Chives; Ewe Kebab with Dill Pickles and Buttermilk; and Dairy Cow Sirloin Steak.

Dessert is sounding promising too – they’ve been joined by chef Anna Williams who was previously Head Pastry Chef at Dinner by Heston. The new desserts include Chelsea Tart with Caramelised Whey, using leftover whey from Kappacasein Dairy. Rotating ice creams, starting with Sourdough Soft Serve made from surplus bread, will also showcase the underused leaves from different fruits such as figs and blackcurrant.