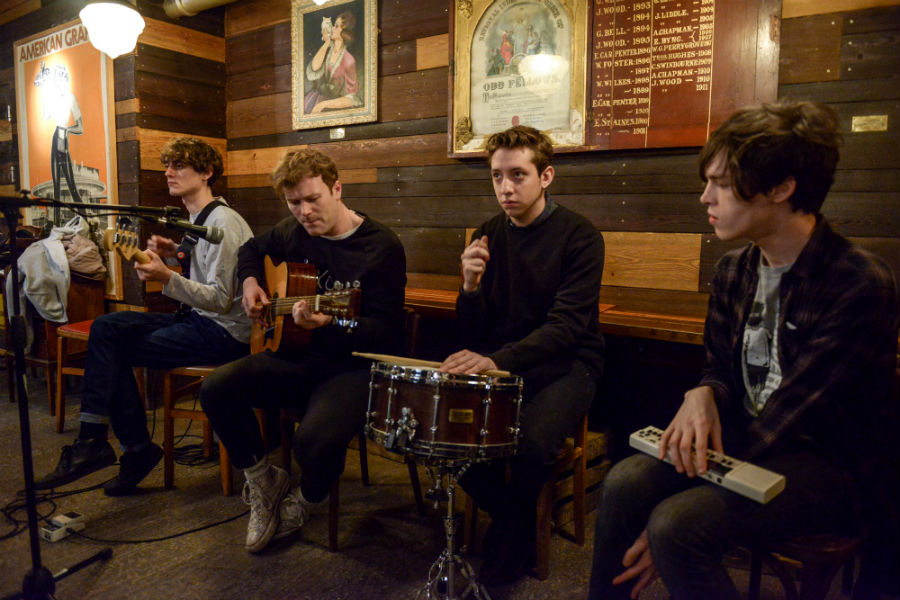 We took the experimental four piece down to The Mayor of Scaredy Cat Town, one of London’s best bars that’s secretly secluded beneath The Breakfast Club in Spitalfields. Here is the first of our exclusive performances from the band…