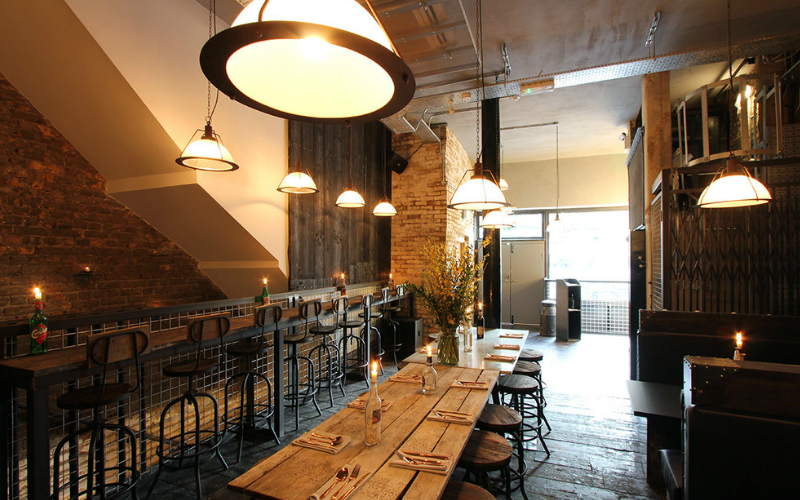 ‘The world’s most ethical pub’, The Green Vic, is opening in Shoreditch this month. Run by The Better World Group, the pub (which is initially starting as a three month pop-up) is designed to be socially responsible across the board, from using ethical suppliers for beer, food and cleaning materials to employing people from disadvantaged backgrounds.

The bar will stock drinks like Brewgooder (a brand that donates all its money to clean water projects in Africa) and Ginerosity (a social enterprise that uses profits to fund projects that help train and mentor the homeless), with vegan traders The Green Grill overseeing the food. The Green Vic has also partnered with Unity Kitchen (who train people with disabilities so they can start a career in F&B) and Change Please (who train the homeless to become baristas) to enable the pub to make sure that 1 in 4 of the staff are from disadvantaged backgrounds.

And on top all that, The Green Vic will host weekly Better World Brunches, where a portion of ticket money will be donated to charity, as well offering space for local charities to hold fundraisers for free. Doing good deeds just by going to the pub is something we can defo get on board with!

Check out which other pubs we love right here.

A FLOATING LIDO COULD BE COMING TO CANARY WHARF (152)

A HUGE BEER GARDEN IS COMING TO WALTHAMSTOW (26)