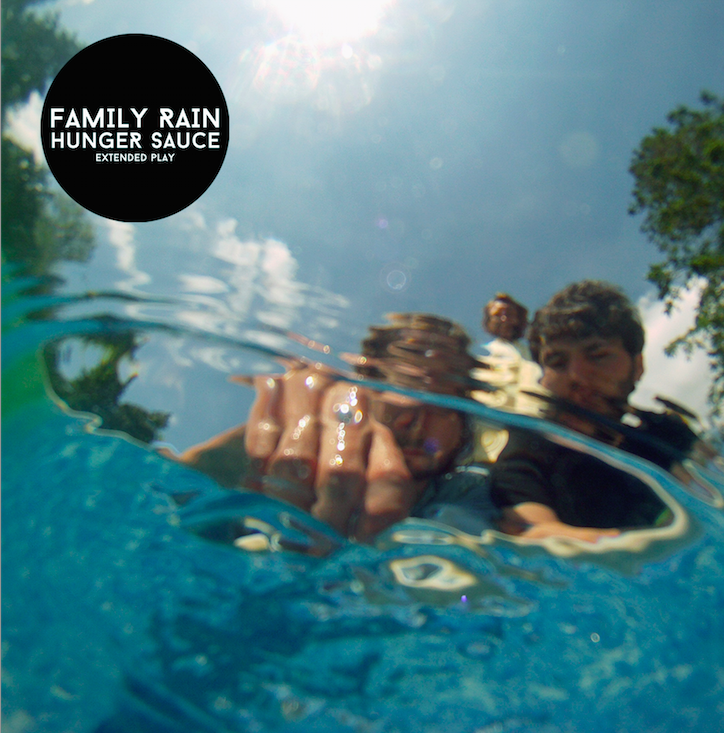 The Family Rain’s debut album Under The Volcano was released merely months ago and now the Bath born band of brothers are back with more of their infectious riffs in the form of Hunger Sauce EP, but something is different this time…

Under The Volcano received much praise and rightfully so, but there was something a little… safe about it. Hunger Sauce flits from genre to genre: Punch bowl, a stand out track great for those who like something a little heavier, then there’s Britpop inspired Tarantula, and the Side B Intro, more mellow and ripened. The album feels like an experiment, a confident one at that, though we are pleased most of the tracks are finished with a heavy dose of boisterous pop, the boy’s signature.

As predicted from the single ‘We are in love’ (still our favourite) the album packs oodles of personality and plenty of beefy guitar riffs. Despite there being a quick turnaround between albums, it is clear that ‘Hunger Sauce’ has been constructed on a molecular level. The album is 12.41 seconds of faultless, ear pleasing goodness carried by a flirty rock and roll attitude. The Family Rain we just wanna say thanks, we had a really great time.