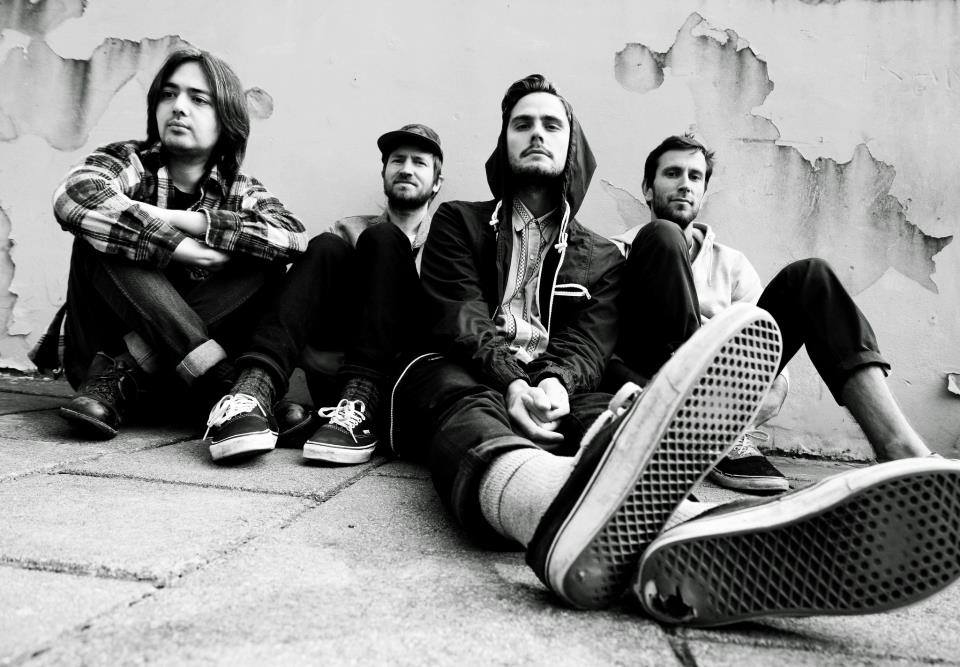 Murasaki Shikibu was an 11th Century Japanese aristocrat, poet, an overall badass. Born into a culture where women were discouraged from reading or writing, Shikibu went against the grain and penned what has been called the world’s first novel – The Tale of Genji.

Now, some 994 years later London based Cheatahs are finding influence in Shikibu’s adventurous artistry, intellect and general lack of social restraints in their upcoming EP ‘Murasaki’. Enveloping cultural diversity with their sound, the four-piece take influence in both dark and light sides of nature in the EP which also features music “as close to a bad acid trip as we’ll probably be able to soundtrack…”.

Sounds are layered to create texture as beautifully contourted noise sweeps through a shimmery soundscape as vivid as it is intricate. With an ever evolving style and support slots from the like The Vaccines, Cheatahs seem to be going as fast as their (almost) animal namesake.