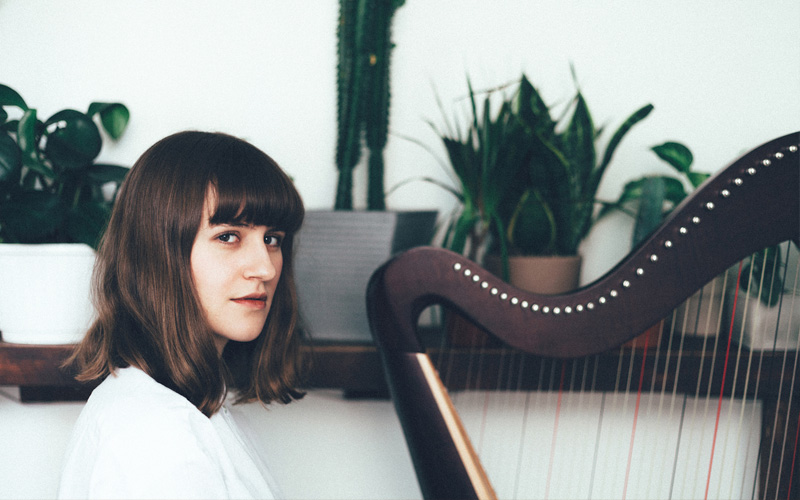 Got you into music?

‘Winning’ by Emily Haines. I sang this for a show one time in high school when I first started singing. All the other students were doing big pop songs and I thought I was the cool kid listening to underground indie stuff. But I remember performing this song and feeling really connected to it and deciding then I wanted to be a song writer and a performer.

Reminds you of my favourite festival?

‘So sorry’ by Feist. I’ve seen her do this at both Osheaga and the Jazz festival in Montreal and both times were magical experiences where she asked different groups of people in the crowd to hold a different note in a chord, which made for a massive spontaneous choir of thousands and thousands of people backing this simple, lovely little song.

You love this year so far?

‘Good To Love’ by FKA Twigs. I’m a pretty big fan of anything she does. This song has pretty straightforward but hard-hitting lyrics which I like. Hopefully she’ll release more new stuff this year.

You want played at your funeral?

‘Première Arabesque’ by Debussy. Well this one is a bit morbid haha, but yeah I think I’d just like to have some Debussy playing, preferably performed on the harp. And then maybe some dance music if everyone would just have a dance party after and have fun still being alive and all.

You would play in a set to impress?

‘Hotline Bling’ by Drake. I think any song I personally would find impressive I wouldn’t actually be able to play, so I would rather try and impress by playing something really unexpected, like Drake on the harp.

Always gets you up and dancing?

‘The Less I Know the Better’ by Tame Impala. You can’t help but dance/play air-bass to that bass line.

Sums me up…’Emily’ by From First to Last. Okay so this song doesn’t totally sum me up, but it came to mind right away being one of my favourite songs during the emo phase of my youth. I liked to pretend was about myself: “There’s no one in the world like Emilyyy”. (Fun fact, it’s sung by a young Skrillex.)