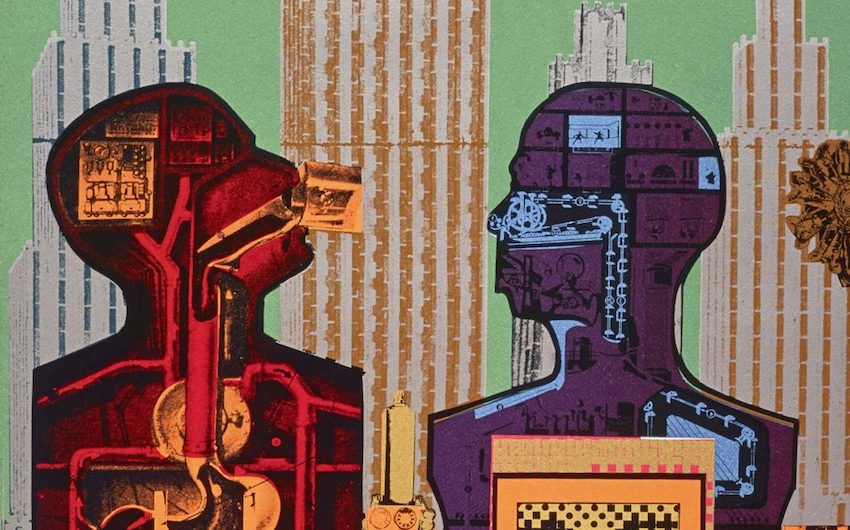 Eduardo Paolozzi is all over London; from the mosaics at Tottenham Court Road tube station to the sculpted head outside The Design Museum, you’ve probably seen his work and not even noticed. So it seems almost overdue that a London gallery should dedicate an exhibition to the irreverent artists’ works – and Whitechapel Gallery has filled that void with over 250 of Paolozzi’s artworks in their current retrospective.

The ground floor focusses on his early career in London and Paris before he found his trademark style, and explores his experimentation with various mediums including screen-printing, collage, textile, sculpture and film. The upper floor looks at Paolozzi’s later developmental pieces with chrome and his obsession with the creative process itself, where he often broke and re-made his artworks. Iconic pieces mix with lesser known experiments, and the exhibition even includes the original sketches for the tube mosaics. All in all it’s fun, colourful and well worth a trip to Whitechapel!