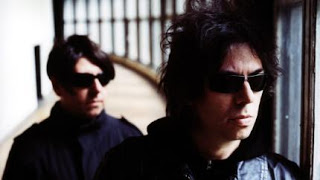 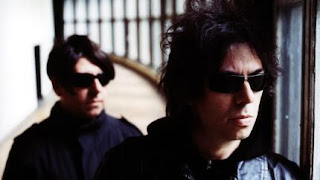 From the moment we stepped out of Brixton underground station excitement was in the air as we joined the crowds of people who’d braved the sub zero conditions and were flocking towards the venue. Once inside coats off and beer in hand we had chance to really observe the crowd, who as expected for a Bunnymen 30th anniversary show were predominantly gents of a certain age; but as soon as the band took two the stage for the mammoth two hour set the audience packed tight and jumped around like they were 21 again.

The stage itself had been decked out in camouflage netting circa the ‘Crocodiles’ cover shot and lit by powerful white lamps at the back silhouetting the band for the whole show similar to the cover to ‘Heaven Up Here’. The songs themselves sounded great, nothing has been lost in the thirty years since there release, crisp and as haunting as when they were first committed to record. The Guitars soaked in reverb and delay and Ian McChulluchs voice sounding as good as it ever has. Although the albums work together respectively as a whole the singles shone out; ‘Rescue’ and ‘Pictures On My Wall’ (Crocodiles) and ‘A Promise’ (Heaven Up Here) were particular favourites.

After completion of the fist two albums back to back the band left the stage to a roaring ovation only to re-appear again a few moments later to treat the crowd to their full monies worth by playing an encore of greatest hits from there other records including ‘The Killing Moon’ and ‘Lips Like Sugar’.

Watching a legendary band of this stature play their first two seminal records the way they were meant to be heard was an absolute pleasure and to be treated to an encore of other hits really was the icing on the cake. Echo and the Bunnymen have influenced hundreds of bands over their career and are still as relevant now as they ever were. Here’s to the next thirty years.